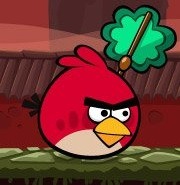 We’ve known it was coming since last year, but now we know exactly when Angry Birds will finally descend upon Facebook: Valentine’s Day.

According to a report from Penn Olson, developer Rovio will be holding an official launch event for the game in Jakarta, Indonesia on February 14. The game, which has been in development for nearly two years, will include a number of new features and gameplay elements exclusive to Facebook.

This includes new power-ups like an earthquake, which can be acquired via in-app purchases, as well as social features like a high-score leaderboard. Few other details were announced but, thankfully, it won’t be too long before we get a chance to check out the game for ourselves.

Plagarism as a moral choice