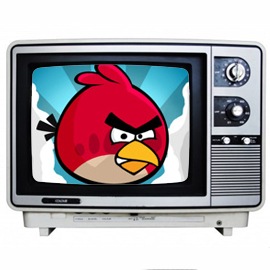 It’s been hinted at before, but developer Rovio is finally making some firm statements about an Angry Birds animated series. According to CEO Mikael Hed, the cartoon is moving in production.

The New York Post is reporting that, in a conversation with British TV industry site C21media.net, Hed claimed working on broadcast content for Angry Birds has been “one of my big personal focus areas,” and that “the next part is to move into production, and that’s where we are right now.”

Beyond that little tidbit, however, no further details have surfaced. Whether or not this will be a series for television or for the web is unknown at this time, nor has it been confirmed which (if any) major studio is attached.

The most successful iPhone game of all time is…