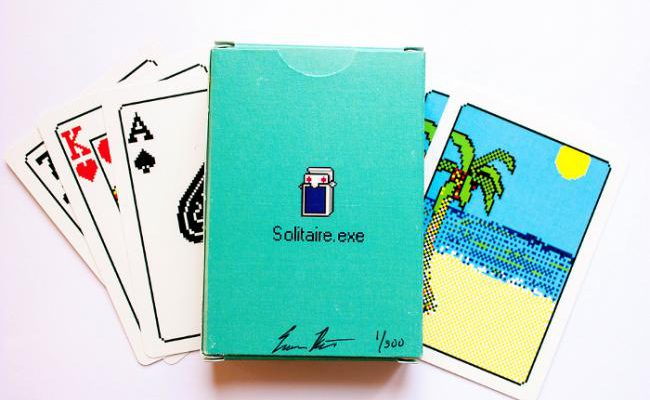 Say, remember the majesty that was Windows 3.0? It was released about three months after I was born, so I don’t. But certain facets of the operating system went on to appear in future versions of Windows, such as Solitaire AKA the official video game of bored interns everywhere. In honor of the time-killing classic, Angry Birds artist Evan Roth has created a physical card deck featuring artwork derived from the Windows 98 edition.

Let’s get the bad news out of the way first: only 500 packs were made, and they’ve already sold out. But over on the Smithsonian site where they were sold, it’s stated that they’re “temporarily out of stock.” That’s a canned response and could ultimately mean nothing, but the dream is still alive!

As for the good news… LOOK AT HOW COOL THESE ARE: 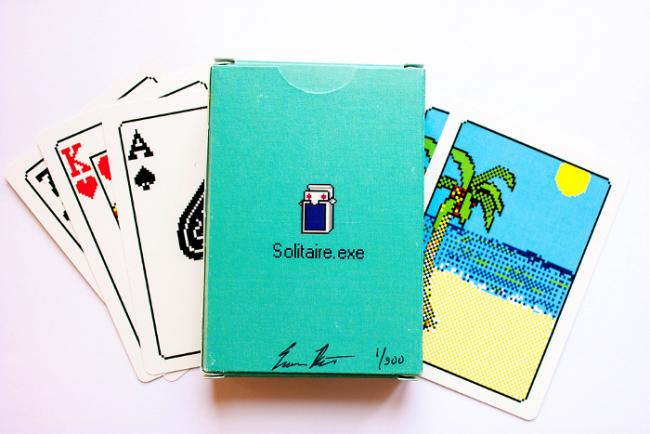 All decks of cards now look boring in comparison.

Indie Royale’s “Xmas Bundle 2.0” will put you in the holiday spirit