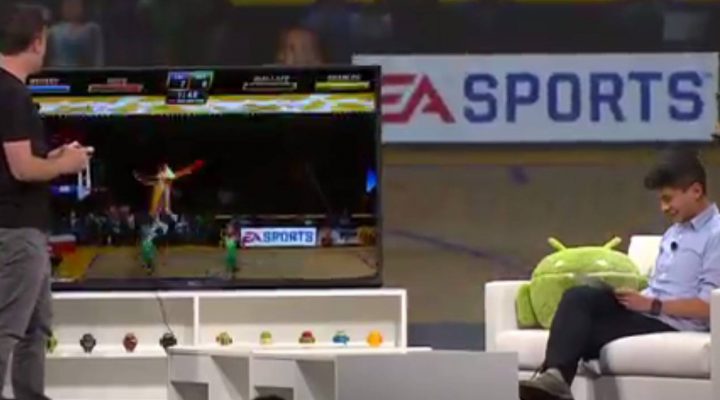 The biggest role that gaming played at Google IO 2014’s keynote was with Android TV. This is a version of Android that manufacturers of TVs and set-top boxes (including microconsole manufacturers) can use to power their devices with an interface built for television. And gaming will play a role on these devices, with a dedicated section for games.

Games will be able to take advantage of controllers and offer split-screen multiplayer, as Riptide GP2 from Vector Unit, who often debut new Google features, accidentally revealed before the keynote. Google also demoed a Google TV playing NBA Jam multiplayer wirelessly with one person on Android TV and another on a tablet. It may be a new interface, but it’s going to be another way to play Android games.

Microconsoles have been a bit slow to get off the ground, and part of that (beyond perhaps just poor timing with the Xbox One and PS4 coming out) has been that Android was just not designed for TVs. Now Google has a way for manufacturers to make boxes that are TV-friendly out of the box and use Google Play, as opposed to creating their own stores as Ouya has done.

Gamepad support has been a part of Android since Ice Cream Sandwich — it’s possible to plug in an Xbox 360 controller and use it with compatible games on Android, along with the myriad Bluetooth controllers out there. No talk of a dedicated Android gamepad was mentioned, so it’s likely that third-parties will just make their own. 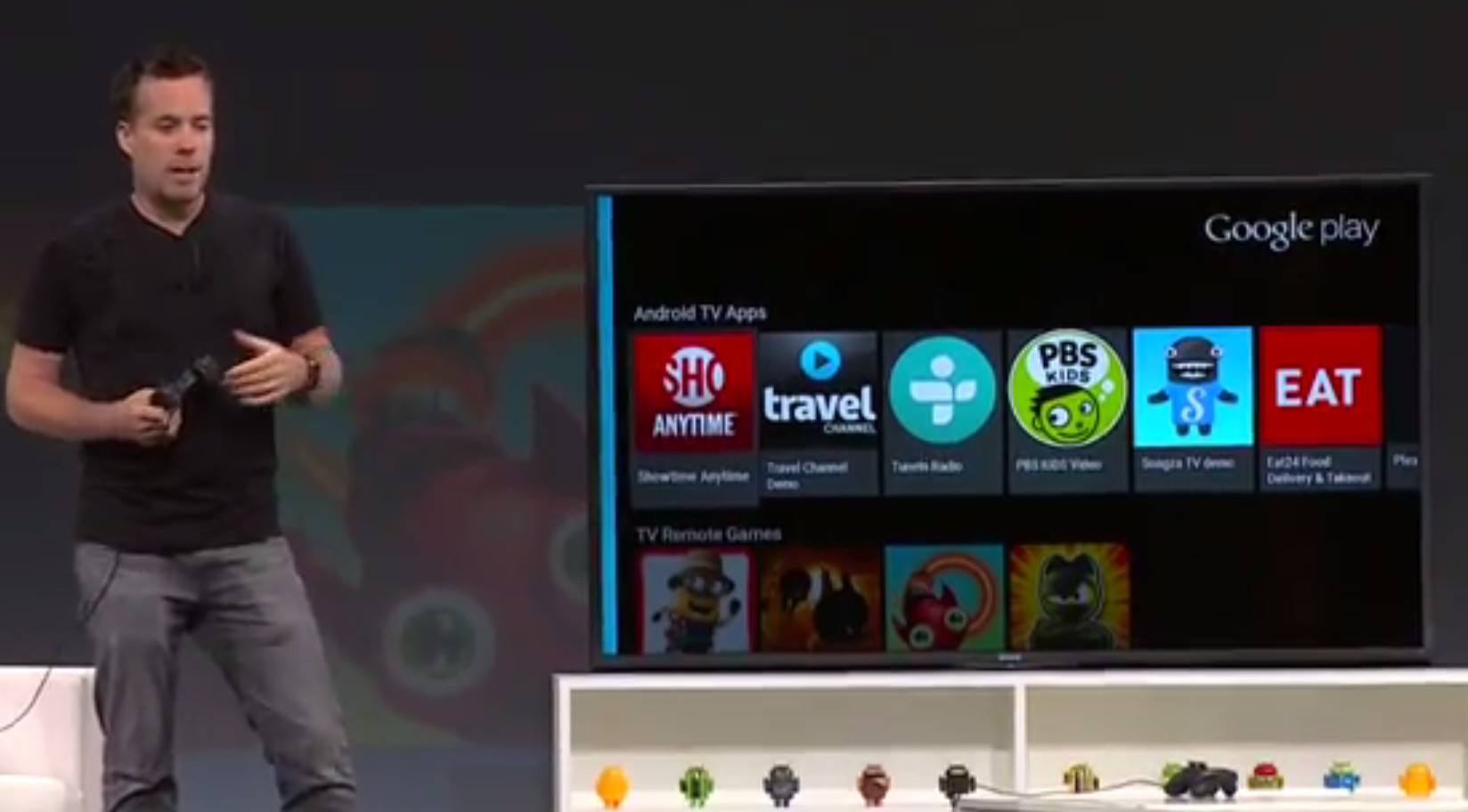 Interestingly, there is also a section for “TV Remote Games” that was spied on one screen for TV-compatible apps that Google didn’t talk about. But with Despicable Me: Minion Rush and Badland included, it’s likely that this section is for games that can be played with just a TV remote, or even with an Android phone remotely, as can be used to control the Android TV interface.

While no specific hardware that runs Android TV has been announced for consumers quite yet, Razer and Asus were mentioned as having streaming boxes this fall, and an ADT1 developer kit was mentioned. A variety of TV and hardware manufacturers were mentioned, along with the Nvidia TK1 chip and Unreal Engine 4. As well, screen mirroring is coming to Chromecast, with low latency mentioned as a goal, so Android games could be appearing on even more TVs in the near future.

Google is doing VR, but… are they?

Portable Vikings: The Banner Saga is Heading to Tablets