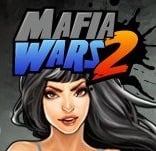 Zynga isn’t known for creating sequels to its franchises, but that’s changing with the announcement of Mafia Wars 2, the sequel to the early Facebook RPG Mafia Wars. The sequel transplants the series into a 3D world for the first time ever, though it looks to maintain the same empire building formula.

The debut trailer doesn’t reveal much; in fact, there isn’t even any gameplay shown. But it does set the tone for the game thanks to music by Jane’s Addiction and a brief outline of what the story will be like, as well as the tagline “being bad never felt so good.”

Mafia Wars 2 will be Zynga’s third new release in recent months. Empires & Allies launched this past summer while Adventure World hit Facebook earlier this month. The developer is also working on an RPG called Kingdoms & Quests.

You can follow the game’s progress here and stay tuned to Gamezebo for further details.