By Lynne Basinet | 12 years ago 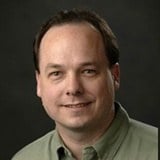 Not content with just buying up a different studio every month, Zynga is now going after some of the top business people in gaming as well. Reuters is reporting that Electronic Arts COOJohn Schappert has left the company for an undisclosed role at Zynga.

Schappert had served as EA’s COO since June 2009, and prior to that he worked at Microsoft where he oversaw the Xbox Live and Microsoft Game Studios divisions.

While EA is best known for its console and PC games, the company is also a big player in the social space as well, thanks to the purchase of Playfish in late 2009. However, despite being the second largest game developer on Facebook, EA/Playfish still has a substantially smaller userbase when compared to Zynga.

Though nothing has been confirmed, the Wall Street Journal is reporting that Schappert is taking on the role of COO at Zynga.