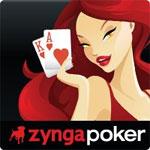 Zynga Poker is quickly becoming one of the most ubiquitous games around, available on seemingly every platform. There are already mobile versions of the game in addition to the Facebook and Google+ versions, and now Google has announced that Zynga Poker is coming to Google TV as well.

Google says that the game has been optimized for the new platform, meaning that it’s designed for players lounging on the couch. It also features a brand new visual style and controls with the Google TV remote.

Zynga Poker joins a small but growing line-up of games on the platform, which includes a Google TV version of Frogger, as well as puzzle games like Droplets and Hexwalk.

You can find out more about Google TV here.

The Sims Social the most played social game amongst Raptr users