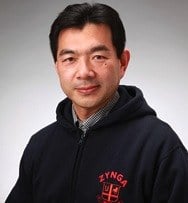 Zynga’s Japanese wing, which last year grew with the acquisition of social studio Unoh, has announced that a new CEO will be taking charge. Kenji Matsubara, former CEO of Tecmo Koei, will take on the position starting May 9.

Matsubara worked at Koei, the developer behind popular series like Dynasty Warriors, for eight years, but left in 2007. He will be taking over for current Zynga Japan CEO Robert Goldberg, who plans to stay aboard in a consulting role.

Top Secret Sale at Big Fish, 50% off games at WildTangent