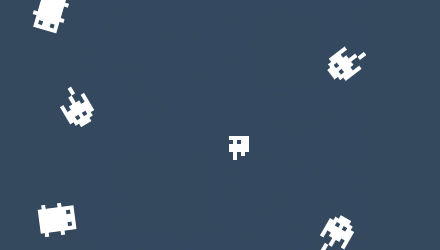 Game developer, Thomas “Less Milk” Palef, is currently in the middle of a self-imposed challenge to develop one new game every single week. Game development is a hobby for Palef, but he wanted to kick things up a notch and actually start finishing playable games. So, for over a month, Palef has been busy coding a producing a new HTML5 game every week.

“It’s been six weeks now, and I’ve learned a lot,” Palef said to Gamezebo during an interview. “I’m really trying my best to make each game better that the previous ones, and so far I think that I have achieved this goal. I know that I have only one week to make a game, so I keep my ideas and mechanics simple. This way it’s not that hard to make a game in one week.”

All six of Palef’s games are available to play on his personal website. The latest game, Princess Quest, involves jumping a princess as high as possible using floating platforms. A simple glance at Princess Quest, compared to Palef’s first game, Run!, and it’s clear that major progress has been made in just six weeks.

Palef told Gamezebo that he’s thinking about extending the deadline to allow for him to develop slightly more complex games. He says, so far, the hardest thing for him as been creating art for his games. “I have to spend a lot of time in Photoshop to only get a decent result.”

Visit Palef’s official website where all of his games are available to play for free.

Savage: The Shard of Gosen is one barbaric adventure