Home / News / An Angry Birds RPG? That should be EPIC

An Angry Birds RPG? That should be EPIC 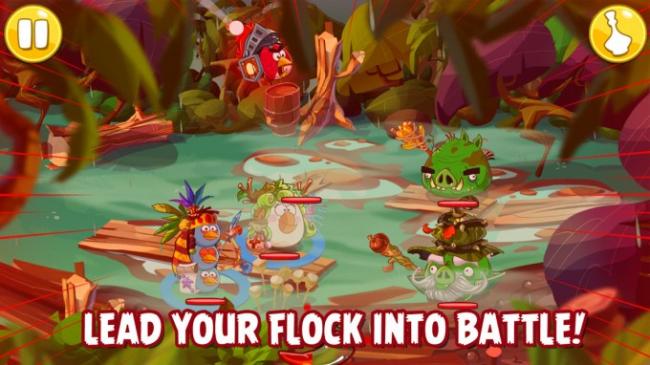 Having already tackled the worlds of physics-based puzzle games, kart racing, animation, plush toys and more, you’d think there were few frontiers left for Rovio left to conquer with the Angry Birds brand. And apparently, you’d be wrong.

The next game in the seemingly unstoppable franchise is on the way, and in a move sure to make people everywhere do double takes, it’s a turn-based RPG with a crafting system. Angry Birds Epic is its name, and the always fortunate folks in Canada and Australia will be able to play it this week before it invades iOS, Android and Windows Phone 8 devices worldwide later this year.

It sounds like the crafting will tie in with the game’s monetization, as TechCrunch’s Darrell Etherington says players will be able to use in-app purchases to help make weapons and armor. A bigger question might be what birds would even use to make gear. Can you grab an old hubcap to use as a shield or fashion really pointy sticks into arrows?

One thing we probably won’t see is branching dialogue options, given that the Angry Birds haven’t proven able to speak fluent English, or any language for that matter, when they’ve appeared in other forms of media. But despite the many jokes that can and will be made, Angry Birds Epic seems like a canny move by Rovio, as it has the chance to draw in people who like good RPGs (if it is indeed good) and won’t care that it stars animals normally seen being launched from giant slingshots.

Now if the can just do a take-off on Titanfall, with birds battling it out inside giant bird mechs, all will be right with the world.

How a Game About Broccoli and Cheese Soup Turned into Threes!