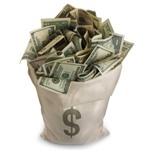 Virtual goods in social gaming have been all the rage over the last year, but during that same time period mobile gamers were introduced to a similar shopping model – has it fared as well? According to a new study from Frank N. Magid Associates, American consumers spent $168 million on mobile virtual goods in the last year, and they’re expected to do so again in the year ahead.

The study brought to light a number of interesting statistics regarding mobile gaming and virtual spending. According to the new Magid report, over 70 million Americans own smartphones. 45% of those owners play games, and 16% of them are buying in-game goods. The average amount spent? $41 a person.

Also of interest are the numbers Magid is presenting regarding paid vs free gaming. The report says that on average, smartphone gamers are downloading 14 games a year. But of those 14, only 4 are paid games. That’s a paid-to-free ratio of 2:5 – not exactly a glowing advertisement for developers looking to turn a profit. Still, it’s entirely possible that these numbers also reflect the growing trend towards freemium gaming, in which games are offered for free and then survive solely on the sale of virtual goods.

“The market for virtual goods has already exploded in web-based games like Zynga’s Farmville, and we’re just now starting to see this trend in the mobile space,” said Steve Lin, VP Operations of Aurora Feint. “In just the last few months we’ve seen amazing interest from our game developers in building mobile social games with virtual goods. Our internal numbers reflect the study in that free-to-play models will be the dominant pricing structure in the future.”

In addition to the number mentioned above, the report offers up one more that certainly supports Lin’s claim: 55%. That’s the number of mobile gamers who’ve expressed an interest in buying virtual goods. With so many people remaining open-minded, the ball is truly in the court of developers.

“Everybody knows free-to-play social gaming models on PC platforms have been making a killing but mobile virtual goods aren’t as well understood,” said Mike Vorhaus, President, Magid Advisors. “With almost 20 percent of smartphone gamers already making purchases, there’s a lot of room for the market to keep taking off as smartphones continue to increase in popularity.”

This report, Magid Media Futures 2010 Wireless and Consumers, is only the first half of a two part study. The second half will be released later this summer.

Brunhilda and the Dark Crystal – Just In