Alec Baldwin kicked off plane because of Words with Friends 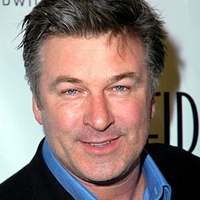 If you’re Zynga, you can’t really buy better press than this. Former Jack Ryan, current Jack Donaghy, and all around jack… guy Alec Baldwin likes Words With Friends— alot. So much so that he was ejected from an American Airlines flight Tuesday afternoon because of his love for the game, or so his spokesperson Matthew Hiltzik told CNN.

“He loves WWF (Words With Friends) so much that he was willing to leave a plane for it, but he has already boarded another AA flight,” Hiltzik informed CNN via an e-mail. Or, if you want to hear it from the horse’s mouth, Baldwin tweeted “Flight attendant on American reamed me out 4 playing WORDS W FRIENDS while we sat at the gate, not moving. #nowonderamericaairisbankrupt.”

In a terrific little jab at American Airlines, Baldwin then tweeted “as I was kicked off this flight, the word I was playing was UNITED,” and “my words with friends user name is now #theresalwaysunited.”

TMZ is reporting that passengers who witnessed the encounter say Baldwin then got up, went to the restroom, slammed the door, and was summarily ejected from the plane by the captain. So maybe it wasn’t really Words With Friends to get him booted, but bad behaviour?

There are two sides to every story – TMZ also says that sources close to Baldwin claim he only got up to get the attendant’s name to file a complaint, and was asked to leave because the “fasten seat belt light” was on – so I suppose it’s impossible to know what really happened unless we were on the plane.

Regardless, there’s one thing we can all take away from this experience – if you play Words With Friends with Alec Baldwin, you might just end up owing a plane full of strangers an apology.

The Godfather: Five Families debuts on Google+ before Facebook

Would you wear an Angry Birds dress?