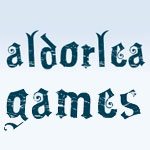 Gamezebo recently sat down with Aldorlea Games’ Alan Pendragon, who filled us in on the four new role-playing games that the studio is planning to release before the end of the year: The Witch and the Warrior, Cora Flint and the Symbol Stones, Laxius Force 3 and Millennium 3.

Hi Alan, thanks for taking the time to speak with us. First, please tell us a little bit about yourself and what you do at Aldorlea Games.

Games have been a passion for me for a long time, you could even say a lifelong one as I have been making them for almost 20 years now. I actually started out first doing paper based works before starting with the computer games.

I created Aldorlea Games in July 2008 when I decided to go commercial after seeing how my previous freeware RPGs had been well received by players. Until Eridani joined in April 2010 as a developer with her game Ella’s Hope, I was the only staff member of Aldorlea Games, so you could say I was director, producer and developer for this company.

RPGs are very time-consuming games to create. How does Aldorlea Games manage to be so prolific?

The passion for RPGs and creating these products is one that Eridani shares with me. Even though Aldorlea only recently became a two developer team, Eridani had been following my work in the background and providing great support, work and help.

We both enjoy what we do very much and have fun while making the games, so naturally when you like something that much, you end up working longer (and faster) on it.

I’ve also acquired a certain stamina in making games because my first PC RPG is now almost 10 years old, and I haven’t stopped making them since then – I guess I’ve levelled up quite a bit by now! I still feel fortunate that I was able to release six games in 2009 and that the players and community around Aldorlea have been growing and supporting my efforts. Now that we are growing so well I hope the players also take the chance to discover all our products from both myself and Eridani.

You have a very active community and forum of indie RPG fans. What are Aldorlea Clans?

The Aldorlea Clans are a great part of our community.

They are groups within our forum that take part in games and events plus some roleplay. They were initially created and organized by Eridani and have proved really popular. Basically everyone is welcome to choose a sub-family within the forum (i.e. a clan) and there are several activities organized through the year for which members can help their clans gather points and compete for several awards which are attributed either monthly, quarterly or one-offs.

In short, it’s a fun and lively way for our community to interact and players to discover a bit more of each other. Although people can only belong to one clan and compete for points on that basis they are very friendly with cooperation between the groups as well.

If anyone is interested, they can find further information on the Clans here.

Also in connection to the clans I would like to mention Eridani is already planning and developing a freeware game to be released early 2011, which will be obviously available to everyone but based on the Clans as a thanks to the community for their support and loyalty. Some clan members get to be playable characters and others will be extras within the game.

What are some of the RPGs that have most strongly inspired your own games?

Old-school RPGs from the past, back when the Super NES and Megadrive/Genesis were dominating – I think mainly Phantasy Star 2, 3 and 4, or Shining Force 1 and 2. I also have a soft spot for PC RPGs pre-2000, such as Might and Magic 6, 7 and 8, and Daggerfall.

I’ve never been into graphics too much, or I should say, modern graphics – because I love beautiful and breath-taking 2D graphics. I like to have gorgeous artworks representing the characters and the monsters, a good, original story, strong emotions, and an addictive gameplay. In my opinion the magical touch was lost when the 32-bits arrived and started to rely heavily on 3D graphics.

I’m definitely old-school, and happy with it. If people are nostalgic of this era, or just want to have a game that relies more on story, gameplay or cute 2D visuals, I encourage them to have a look and try some of our games – as well as developing our love for the 2D games we also aim to bring new and interesting features to our adventures.

Tell us about your newest project, The Witch and the Warrior, which is scheduled to come out this August.

The Witch and The Warrior will be Eridani’s second game. Fans of Ella’s Hope (her first game) will be happy to know that all that made it so good and fun will be back and further developed – also, a small teaser is contained in the fact that the main characters in The Witch and the Warrior were already present in Ella’s Hope, even though just as secondary non-playable roles.

The story will feature two main characters, but also a whole cast of new characters all with their unique looks and personalities!

It is based in a world where the aftermath of a huge war between magic and non-magic folk is still felt. You get to meet Ember, a young teenage witch who is fed up with the discrimination she faces in her day to day life and join her as she looks to change her path by making decisions that are both selfish and not along the way.

What about Cora Flint and the Symbol Stones?

This is a great game that is aimed at both casual and rpg players. As such it won’t be the same length of some of our other projects but will be fun and with plenty to do and see along the way.

In this game series you get to play as Cora Flint – a teenage girl with adventurous spirit. In the first installment you must solve the puzzle of the Symbol Stones that stand on a group of lonely islands.The gameplay is going to be light and fun and the game will focus on entertainment, a good story and cute graphics.

Laxius Force and Millennium are two series that I hold closest to heart, especially Laxius Force since I’ve been telling the story of Random and his friends for nine years now, and I’m thrilled to work on the third part for both of them.

Laxius Force 3 will conclude the Laxius Force trilogy and feature the cast of heroes (Random, Sarah, Luciana, Coryool etc.) finally encountering their long-dreaded enemy the Grand Commendanter. You can expect a huge and very exciting finale!

The game will be very long, probably longer than Laxius Force 1 and 2 combined, it will feature more than 40 characters, plenty of quests, and I hope it will fulfill the expectations of fans of this saga. To make the whole trilogy cohesive, the art and sound included in part 1 and 2 will be back, so to keep Laxius Force 3 in agreement with previous instalments.

Millennium 3 is the next installment of this five-episode series. In this new game, Marine (the heroine) will discover she has a new opponent in her goal to gather a team of 13 warriors to challenge Mystrock’s rulers: time. Indeed, as days pass the deadline is approaching, and soon the adventure becomes a real race to find the remaining warriors in time.

As always, in both games, fans will be able to export their savefiles so to keep their inventory and overall achievements.

I would like to say that we are doing our best to keep players entertained and our games varied. This year we have so far released Dreamscape and Ella’s Hope with very distinct gameplay styles. Aldorlea is still a relatively new company, yet we strive to continuously raise the level of polish in our games.

If you liked any of our previous works, such as Millennium A New Hope, Ella’s Hope, Asguaard etc. or you are overall a fan of the RPG genre I would suggest you to pay a visit to our community.

We also welcome other developers who want to share their enthusiasm with our fans who love the genre as much as we do. A lot of things are happening and our community is lively, and always happy to welcome new faces!