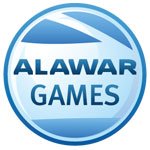 Alawar has discontinued its Game Club, the company confirmed this morning. An Alawar spokesperson told Gamezebo that the Game Club, which offered members a 30% discount on game purchases, was no longer needed since Alawar has reduced the prices on all non-exclusive downloads by the same amount as the discount. In other words, everyone now gets the games for the same lower price without having to join a club.

All non-exclusive games on Alawar now sell for $6.99, while exclusives are offered for $9.95.

Alawar’s spokesperson also said that new loyalty programs would become available soon. We’ll share more information with you as soon as we have it.