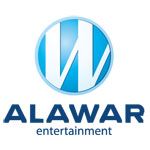 “This is a young, yet professional team focused on delivering positive results and able to quickly adapt to the needs of the game industry,” said Alawar Entertainment CEO Alexander Lyskovsky. “Given their track record of releasing successful titles, I believe our partnership will yield excellent results, especially in the mobile gaming segment.”

Casual Forge Entertainment was founded in August, 2008 in Dnepropetrovsk, Ukraine. The company’s most successful product to date, Hotel Mogul, is a business simulator that was published by Alawar Entertainment. The game is available in 11 languages on the PC, Mac, iPhone, iPad, and Android platforms.

Founded in 1999, Alawar Entertainment is the leading distributor of casual games in Eastern Europe. Additionally, the company has developed and published more than 200 casual PC games including Farm Frenzy and Treasures of Montezuma.