Akaneiro: Demon Hunters delayed on both Steam and Kongregate 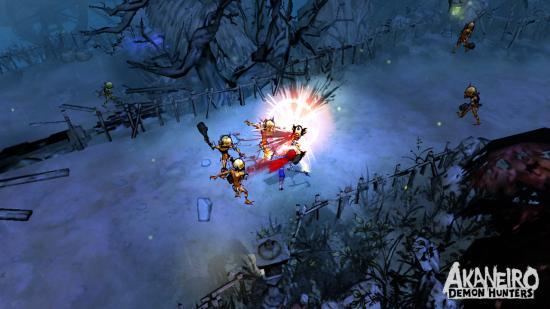 Delays are inevitable in the game industry, but that doesn’t make them any less of a bummer. American McGee and Spicy Horse’s Akaneiro: Demon Hunters has been delayed until January 31 for Kongregate, and around February 28 for Steam.

McGee laid out reasons for the delay on Akaneiro: Demon Hunters’s still-running Kickstarter campaign. The game was originally set to launch tomorrow on Kongregate and Spicy Horse’s own platform, but the developers decided it best to delay the game a week’s time to spruce it up a bit more and squash some pesky bugs. Where Steam is concerned, testing and preparation are taking “longer than anticipated,” and while the game could be ready to go on the seventh of February, the Chinese New Year (Spicy Horse is located in Shanghai, China) falls on the ninth, and so the launch will have to be pushed to somewhere closer to the 28th.

Ultimately, a better game shipping a little later is much better than a flawed game shipping prematurely. Patience is a virtue, etc. But we’ll be keeping an eye on its progress, and you can expect a review once it’s finally released.

Temple Run 2 dashes on over to Android