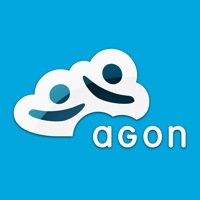 When iOS gaming really started to catch steam a few years back, there was one thing it was noticeably lacking: an online network like Xbox Live or Steam. A number of different competitors raced to the market to plug that gap, but in the end only a few managed to gain any real traction. One of those earlier solutions, AGON Online, has announced that it will be shutting down as of June 30th.

“It is with great regret that I am announcing that AGON Online will be shutting down at the end of June. Since our launch we have simultaneously dealt with multiple acquisition offers, sought investment, performed contract work in order to pay the bills – all whilst competing against a host of well funded competitors. I am extremely proud of what we achieved with our very limited resources and I am sorry we were not able to take AGON Online to the next level.

The shutdown of the AGON Online servers will be effective June 30th, 2011 – 3 months from today. All user data will be deleted permanently.

We advise all developers to carefully consider a replacement service for your social gaming platform needs. A safe bet for iOS games is to fully embrace Apple’s Game Center. Additionally, you may want to look into OpenFeint or Scoreloop, especially if you are looking for functionality not yet available in Game Center.“

I suppose it’s no surprise that AGON is closing its doors. With the exception of some earlier great games using the network like Tilt to Live, The Creeps, and Samurai: Way of the Warrior, the network has failed to bring hit titles on board to help build the brand recognition that competitors like OpenFeint and Plus+ have. Combine that with the introduction of Apple’s own service last year, and you have a marketplace that is simply too crowded to sustain the little guy.