Home / News / After only a year, OMGPOP’s Dan Porter has left Zynga 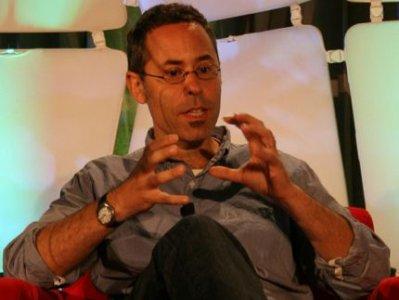 If you set your WABAC machines to 54 weeks ago, you’ll arrive at a time that was very different for Zynga.  Their stock was hovering around $13 a share, and they were riding high on a wave of successful acquisitions and the prospect of a bright year ahead.  It was in this environment that Zynga made its most notable acquisition to date: the $180 million purchase of New York-based Draw Something creators OMGPOP.  As part of that purchase, Zynga retained OMGPOP CEO Dan Porter to lead the team at Zynga NY.

Since then, things have been somewhat turbulent.  The seemingly unstoppable popularity of Draw Something came to a grinding halt, causing a good deal of speculation about Zynga’s ability to make the right choices when it comes to acquiring developers.  Their stock has dropped considerably (it closed at $3.16 last night), their studios have been afflicted with layoffs, and they’ve seen an endless list of notable names leaving the company.

Porter will be replaced by Sean Kelly, who Inside Social Games notes as having led the launch of CityVille back in 2009.  Having said that, he was also behind the launch of Dream Zoo, Dream PetHouse, and CityVille Hometown – three games for mobile that never managed to gain the sort of traction Zynga has enjoyed on Facebook.  And with their recent decision to go “mobile first,” the choice to replace Porter with Kelly has sort of left us scratching our heads.

At least he’ll have no shortage of developers to work with. Zynga recently shuttered a few studios and consolidated all of their New York talent into a single office, including those from their now-defunct Baltimore studio who requested a transfer.  Sounds to me like they should have more than enough staff to really wow us with Draw Something 2.

Scopely wants to be the HBO of games