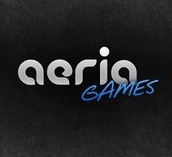 Free-to-play online games publisher Aeria Games has announced that it has surpassed 23 million users worldwide across its library of games. The company has also acquired its first, as-of-yet untitled mobile game along with additional mobile developers.

The 23 million users are spread out across Aeria’s library of more than 30 online games, available in North and Latin America and Europe. However, the publisher has been growing quickly, and currently averages around one million new players each month.

“Our strategy of targeting highly engaged power gamers around the world and delivering high quality content and outstanding service is paying off with our steadily growing pool of tens of millions of gamers and our extremely strong average revenue per user,” Aeria CEO Lan Hoang said. “As we move forward, we will continue to form strategic partnerships and grow our development teams while building and acquiring more engaging content to reward our dedicated power gamers.”

As for mobile, Aeria has acquired both a game and a team from Punch Development, a mobile studio founded in 2005. The game doesn’t have a name nor were any details about it announced. The Punch team will join Aeria’s office in Santa Clara, California where it will work on this, as well as other unannounced mobile projects.