Home / News / Advertising as Art: Free To Play isn’t a documentary, but it is a fascinating experience

Advertising as Art: Free To Play isn’t a documentary, but it is a fascinating experience

If a documentary is meant to provide an objective view of real-life stories, Free to Play is an utter failure. It’s a puff piece — a bit of advertising meant to show the positive influence of a product.

Free to Play is a “documentary” about Dota 2 made by Valve, the proprietors of Dota 2. As a result you shouldn’t really expect it to provide a negative or even balanced depiction of their own product and, more specifically, esports.

Snippets of match announcers and interviews with team managers constantly drive home just how big, how swift, how valid professional gaming has become. It may be true; I quite enjoy it myself, so I can’t entirely deny that it’s something worth exploring. However, it’s a story that’s perhaps best not taken at face value from the people who stand to profit most.

Of course, that doesn’t mean the stories on display are bad, or the film itself uninteresting. In fact, it’s a quite well-put-together little piece that provides a fascinating, if not particularly fair, view of three young people exploring a new form of entertainment.

Clinton “Fear” Loomis, Benedict “HYHY” Lim, and Danil “Dendi” Ishutin are professional Dota 2 players. They’re also the focus of the film, as we learn through interview how they got to where they are and where they’re headed. Their destination is The International 2011. This Valve-sanctioned event sported the highest first-place cash prize in esports history at about $1.6 million.

The drama zeroes in when we see how Dota 2, and the prospect of winning the tournament, affects the lives of these three players and their teammates. Each is met with various levels of social adjustment and familial support.

The Singaporean HYHY meets the greatest resistance from his family, as they blame video games for his failing grades and fear for his future. Fear and Dendi have father issues as the former was abandoned and the latter lost his to sudden illness. 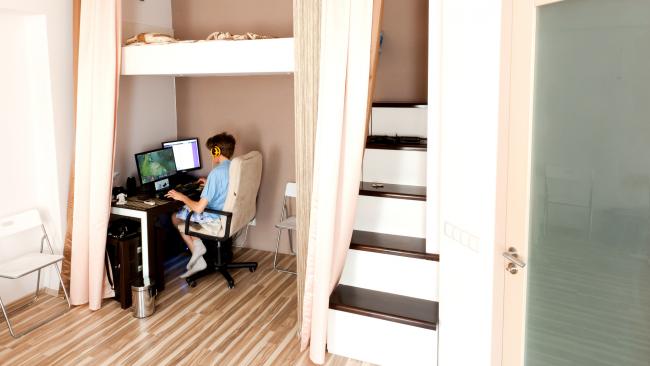 By focusing more on these background issues than rising through the ranks as pro gamers, Free to Play largely sidesteps one of its greatest faults. Because the story is as much about three young people’s lives, its glowing depiction of esports is given less weight. We can ignore the fact that Free to Play doesn’t show us anyone who’s life was ruined by risking it all on the game, because it’s not about Dota 2; it’s about these three people.

Fear, HYHY, and Dendi are all interesting personalities. They’re willing to open up about their issues, and aren’t one-note “characters.” Dota 2 is an important factor in each of their lives, but it’s only one of many, and they don’t always integrate.

HYHY’s story is the one that most approaches a balanced, journalistic depiction with his family friction and school problems. Ironically, it’s also where I have the most questions about the film’s integrity (which really isn’t up for debate anyway, since, once again, this is a Valve product).

For instance, HYHY spends a lot of time talking about his ex-girlfriend (also a pro Dota 2 player), whom he admits being dumped by on bad terms. She is central to his story, and even appears briefly at the beginning and end of the film.

Strangely, we never get her side of the story and it’s never explained why. She’s never given her say like the rest of the players’ friends and family. She’s a goal and a motivation for another character — literally objectified. We don’t even get her name. 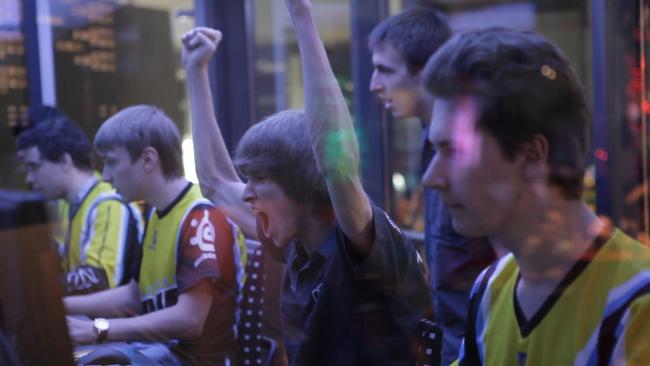 Perhaps she opted not to do an interview, but since the issue is ignored completely, I’m left to wonder if she had something to say about one of our “heroes” that didn’t fit Valve’s positive narrative.

HYHY’s ex isn’t the only one to receive editing with an agenda. EHOME, a prominent Chinese Dota 2 team, was the favorite to win the first International. Like Dendi, Fear and HYHY they’re a group of young people looking to make a name for themselves and earn money doing what they love. Thanks to some creative editing and choice interview blurbs, however, they’re very much the “villains” of the story.

They come across very confident, thanks to their better-funded, higher-profile position in a country where esports is a more legitimate endeavor. In point of fact, EHOME as depicted in the film represent exactly what Valve and our three central subjects ought to be striving towards — they’re superstars making a legitimate living on their passion.

But they make for a good foil to the underdogs. As such they are something to be feared and eventually overcome, not respected. It’s not only an odd split on the film’s message (that esports is something we’ll all be watching on ESPN in five years); it sacrifices veracity for Mighty Ducks drama.

The final pillar of Free to Play‘s blurry truths is actually the most effective.

As someone that’s put over 300 hours of… research into Dota 2 himself, I can say it’s not a bad looking game. It is, however, impenetrable to someone that’s never seen it. Instead of presenting raw gameplay footage Valve smartly produced its own Source Filmmaker interpretations.

The result is action-oriented cartoon segments providing the “spirit” of the scene without expecting the viewer to understand what an “ulti” is. Anyone without a clue about Dota 2 should have no trouble following the meaning, and an old hat like me could actually do with a full production done in this style akin to Team Fortress 2‘s “Meet The…” videos.

I have my issues with the production, but thanks to noob-friendly concessions like the aforementioned animation, Free to Play is likely a fantastic stepping stone for those just getting into the esports scene.

It gives us humans in place of technical jargon, which anyone that actually follows esports can tell you are the real allure; it’s just not the one usually put forward to new viewers. That alone makes Free to Play a brilliant piece of advertising and art.

Thanks to its focus on individuals instead of the sport as a whole, it’s perhaps not the utter failure of a documentary I implied at the start. It’s not very good in terms of a documentary, but as a real-life narrative to invest in it’s quite fascinating. If you have even the slightest interest in Dota 2 or professional gaming, this is essential, even if only to isolate its flaws and appreciate the rest.

Get ready to save lives in colourful Android simulation Doctor Life

Shelter 2 set to test players’ parenting skills, this time as a mother Lynx