Adventure Box Lets You Import Your Own Imaginative Creations into Minecraft 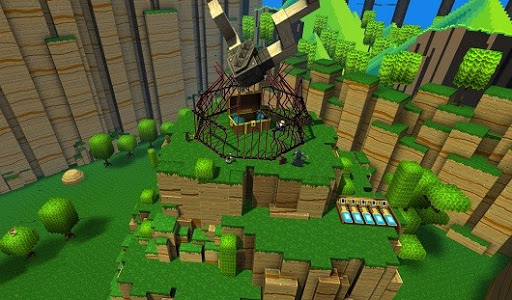 Adventure Box belongs to the user-generated tradition that started with titles like Little Big Planet, Minecraft, and Roblox. Created in 2014 for browsers, it sees players young and old joining forces to create and play in a variety of unique virtual worlds.

You can do it whatever your skillset or technical setup too. Accessibility is one of Adventure Box’s core values. The platform is incredibly easy to use, and yet powerful enough to create deep and engaging content.

In fact, it’s the world’s only streamed, fully online 3D engine for user created games – and you don’t even need programming skills to use it, thanks to the platform’s powerful and intuitive user interface.

It’s just like making something out of Lego or Minecraft blocks, and it’s incredibly easy to create worlds which everybody can play. There’s no need to install anything either – it’s all online, and the low bandwidth requirements means everything runs smoothly.

It even lets you make some pocket money. Just last week Adventure Box revealed that a 11 year old girl based in Nigeria got paid over $100 by creating games and encouraging others to play them.

Another neat feature of Adventure Box is that it lets you import your Minecraft worlds, as long as you made them in Minecraft Java Edition.

Once uploaded, you can invite your friends to play online. You can compete in multiplayer battles or just show off your latest creations – something you’ll want to do regardless of if you’re a casual player or a streamer. The latter will be able to get their fans to directly play in their worlds though. You can check out the video above to see how it’s done.

Plus, you can import 3D models made in voxel editors like MagicaVoxel and Qubicle, too – allowing you endless opportunities as a creator to import unique and unexpected 3D models into the game.

And MagicaVoxel is free, so the process won’t even cost you anything. But it could just make you something, since you can sell in-game items like weapons and shields for Adventure BUX.

Naturally, you can import objects from the Adventure Box Maker Page too – which allows you to bring in your own 2D images, terrain, and much more.