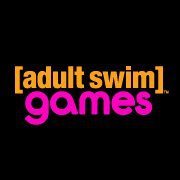 Adult Swim’s website has become the place to go if you’re looking for strange, but fun, browser games about men who think they are cars or unicorns that are also robots. And now many of those games are playable in a new Facebook app.

Called, appropriately, Adult Swim Games Arcade, the app features 21 games including popular titles like Amateur Surgeon 2 and Death Row Diner. The selection is nowhere near as large as the library on Adult Swim’s site, however, and there are notable absences, including Robot Unicorn Attack (though that game does have its own stand aloneFacebook app).

So what’s different? Playing these games on Facebook lets you challenge and compare scores with your friends via online leaderboards, and there are also achievments thrown in for good measure.

The beta version of the app is listed as “in-progress” so expect some changes, and likely some more games, to come in the future.

The Sims Social overtakes FarmVille, Next up, CityVille?