Adorable City-builder QubeTown Gets Skins, Moles, And A New Mini-game 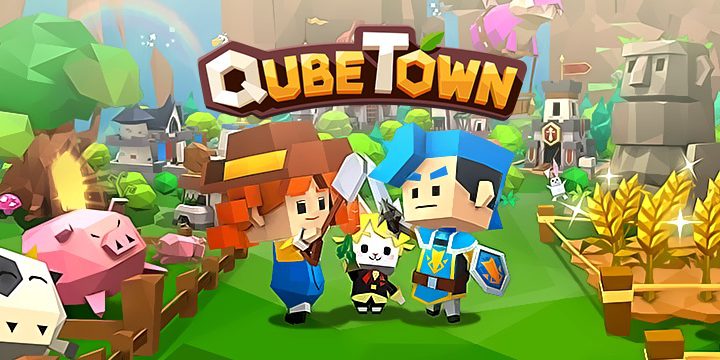 We’ll be honest: it can be exhausting coming up with new ways to write about essentially the same game, and the same game is exactly what the mobile app stores are full of. That’s why it’s such a relief to cover titles like QubeTown.

While Webzen’s casual RPG features a basic gameplay loop  familiar from many of its mobile peers – completing tasks, obtaining loot, summoning characters, constructing buildings, and levelling up – the whole thing is presented in a charmingly original way.

You play as a reluctant lord in a village sorely in need of leadership. A series of amusing cutscenes see you trying to escape, but your efforts are thwarted as the range of your responsibilities grows.

You’ll start off with a rudimentary set of activities, from planting wheat and corn to using the produce you harvest to make bread and feed animals, which in turn make butter, milk, and meat.

QubeTown has been out for a while now, but Webzen has just announced a massive update that promises to change the game for the better.

Firstly by adding a new Stack Up mini-game. Accessible via the circus, Stack Up will see you stacking blocks onto other blocks, Tetris-style. As well as the normal block type there are exploding blocks and clover blocks. Stack these and you’ll get a clover, with which to buy helpful power-ups.

Then there are the moles. You can already defend your friends’ town from goblins and krakens, but a new Outbreak feature lets you defend them from moles too. These subterranean pests pop their heads out of the ground, and you can shove them back where they belong by tapping on them.

In addition to these fun activities the update will bring a new townskin feature, letting you change the appearance of your buildings to three different themes.

The next QubeTown update will land on March 26th, and you can check out the game on both the App Store and Google Play.

GDC 19: NetEase Shows Off Disorder, A Near Future Innovative Shooter On Mobile