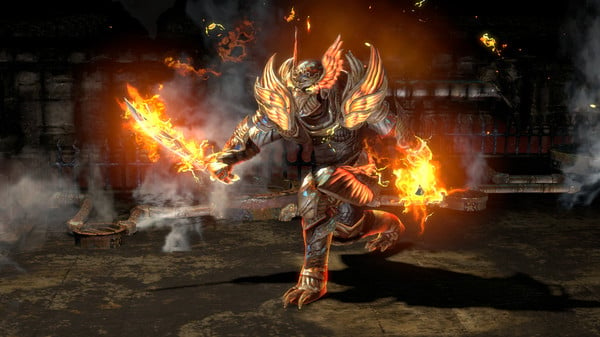 Path of Exile is the perfect example of a game that’s both by the people and for the people. Originally created by a savvy group of action-RPG fans frustrated by the meagre offerings available at the time, it’s a game that oozes with generosity and love of the genre.

A Dark Trail: Onsets and Cycles 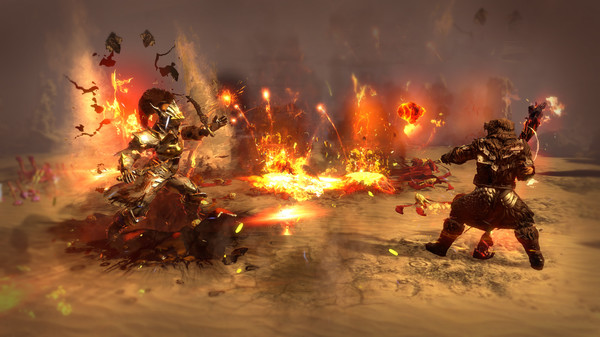 The story is a dark one. At the beginning of the game, you fetch up on the shores of Wraeclast, an island penal colony where the world’s criminal flotsam have been permanently exiled. Because you don’t belong in their company, you have no choice but to brutally slaughter everyone you meet and loot their corpses. Path of Exile is pretty similar to the Diablo games, if you need a reference point.

A Path All Its Own: Twists and Turns 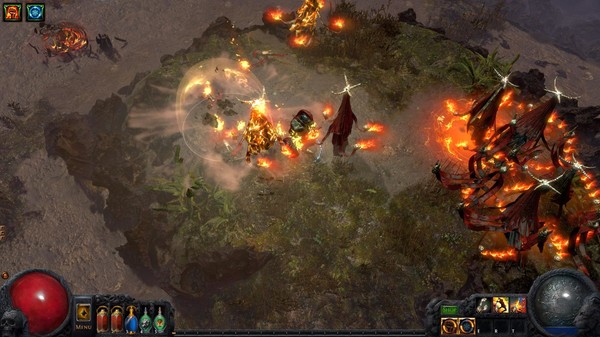 There are missions to complete and several types of multiplayer challenges, but, as ever with action-RPGs, it’s the feedback loop of accumulating wealth and killing power that defines the overall experience.

Make no mistake about it: Path of Exile is not a mere Diablo clone. As you’d expect given its origins, it has an incredibly rich and refined take on the mechanics of the genre, and a few surprising twists. For instance, there’s no currency—no gold, or coins, or whatever. Instead, there are gems: all of which have a function beyond exchanging for goods (though you can certainly trade them too).

A Shiny Quest: Multiple Gems to Rule Them All 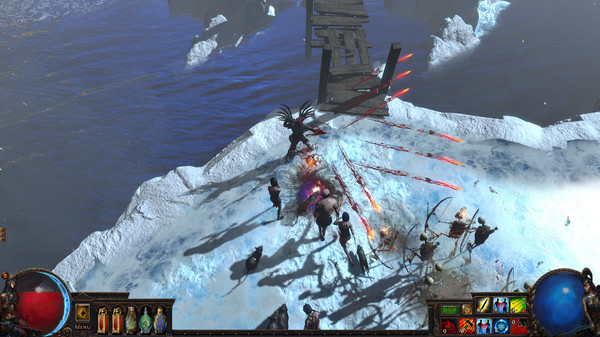 Like Thanos, you can equip these skill gems to your gear to customise your strengths, weaknesses, and abilities. Choosing your gem loadout means making choices about what you can and can’t do in battle. With an unimaginably vast number of possible permutations to suit your style of play, you’re sure to have fun shaping up your character’s build.

You can also pick up POE Orbs, and either trade with them or use them to upgrade your gear in various ways. For example, the Orb of Transmutation lets you turn a normal item into a magical one, while the Jeweller’s Orb lets you add another gem socket to an item.

Branching Out: Passive Skills and a Pleasant Surprise 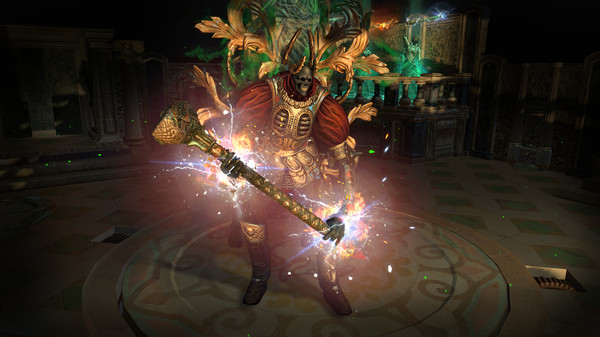 There’s also a huge passive skill tree to tinker with, so the degree of customisation is really astonishing. Action-RPG tinkerers will be in heaven. Incredibly, Path of Exile is free. Completely free. You can buy cosmetic items, but developer Grinding Gear Games insists that there’s no possibility of pay to win.

An enviable array of super positive reviews from the likes of IGN and Gamespot, plus a Metacritic score of 86%, suggest that the gameplay doesn’t suffer in the slightest from being free-to-play. Whatever your level of interest in action-RPGs, you owe it to yourself to give this acclaimed, totally free game a shot. Check it out on Steam now.