Home / News / Across Age sequel is coming this winter

Across Age sequel is coming this winter 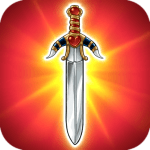 FDG Entertainment and Exe Create have officially confirmed today that Across Age, often described as the very first “Japanese Action RPG” to find its way to the App Store, will finally be getting a sequel this winter. It’s been a long time since we first got our hands on the original action RPG: back in January 2010, to be exact, which might as well have been decades as far as mobile gaming is concerned.

Of course, we still have a ways to go before the eventual release date of Across Age 2, and as a result, we can’t tell you too many details about the exciting return to one of mobile gaming’s greatest RPG worlds: aside from a single sentence game description that promises 20 hours of engrossing RPG gameplay, including “environmental puzzles, 4 playable characters, diversified action, spells, boss monsters, and a huge world to explore.”

Thankfully, the debut gameplay trailer is much less mysterious, giving us our very first glimpse of Across Age 2 in all of its retro-inspired action. From sailing on giant galleons across the sea and firing cannonballs at the unruly underwater creatures that get in your way, to sidestepping around cracks in a dungeon floor that burst with hot lava, it seems that no terrain is off limits for this long-awaited mobile sequel.

Across Age 2 will be headed to iOS devices “this Winter 2013/2014,” so be sure to keep checking back on Gamezebo until then for all of the latest updates on all things concerning your favorite 2D pixelated retro extravaganza.

Clash of Clans might finally be coming to Android