Home / News / Across Age 2 gets a release date

Across Age 2 gets a release date 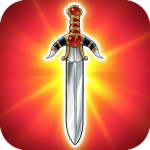 I’ve said it once and I’ll say it again: 2014 is truly shaping up to be the year of long-awaited sequels to some of the earliest smash-hit mobile games (see Jet Car Stunts 2 and Mega Jump 2). And perhaps no game took the world of smartphones and tablets more by storm in the early days than 2010’s Across Age from FDG Entertainment, which many consider to be the first Japanese action-RPG to make its way to the App Store.

Across Age 2 was first officially announced back in September for a Winter 2013/2014 release, and now we can finally confirm that mobile gamers will be able to hop back into the adventure next week on January 16, 2014. The game will be continuing the engaging time travelling storyline that was established in the first installment, with four playable characters and gorgeous anime-styled cutscenes.

In case you needed a reminder of how awesome Across Age 2 looks in action, you can view the game’s debut gameplay trailer again from right within this page. And be sure to keep your eyes peeled when the highly-anticipated sequel puts the Japanese action-RPG game back on the mobile map next week!

You’re not going crazy, you didn’t really click that ad