Home / News / A Window to New Worlds: Phones & tablets as a venue for intimate gaming experiences

A Window to New Worlds: Phones & tablets as a venue for intimate gaming experiences 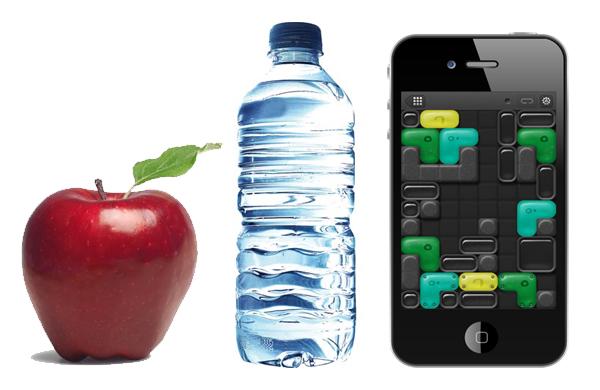 As the mobile platform grows explosively, it’s becoming increasingly typecast as the “new arcade.” So much so, in fact, that you see industry veterans like Xbox co-creator Seamus Blackley assembling entire studios geared at reliving the coin-op glory days. Me? I’m not so sure. No, there’s certainly no denying that retro-style gaming is alive and well on our phones and tablets. So too, however, are point-and-click adventures, “thinky” puzzlers, and a growing number of personal stories.

When I was younger, I would (like most kids my age) spend hours of after-school time glued to the TV. Walking by, my dad would half-jokingly tell me I was “married to the idiot box.” But in some ways, he was right. I was attached in a meaningful way to the TV; not just the shows I was watching, but to the device itself, for the kinds of experiences it was able to create. And for all that consoles are touted for their immersion, it’s still the television they’re playing on we’re connected to. Even handheld gaming devices, to an extent, feel less immersive, as we only use them for gaming; we compartmentalize their existence within our day-to-day life.

In fact, I would argue that not since the television have we been as connected to a device as we are to our smartphones. More importantly, that connection is even stronger. A staggering 80% of smartphone users multitask while watching TV; surfing e-mail, sending IM’s, and — you guessed it — gaming. Of those 80%, 15% go as far as to use their phones for the entire duration of the program. The world over, the idiot box is undergoing slow and inevitable divorces from people just like you or me.

Pictured: The essentials of life

“Handheld computers become extensions of our bodies and minds,” reflects Kieffer. “Losing your mobile phone is lot like losing your glasses or shoes—there’s a distinct absence. It’s frustrating when you can’t look up facts on Wikipedia or IMDB on the fly, or pass time with a game of solitaire.”

” [In fact], if you stretch this mobile-device-as-body-extension metaphor a bit more, you can see the important role apps play. They influence thinking patterns and habits. Because turning your device on and opening an app is so quick, the lines between gaming and life begin to fade. It becomes a part of you.”

Leveraging this fact, he and his brothers — under the apt company name Kieffer Bros. — make deep, play-at-your-own-pace puzzlers like Aqueduct and Blockwick. The brothers are one among many developers illustrating an interesting truth: that, contrary to popular opinion of phones and tablets as tools of distraction, these devices are so much more. They’re opportunities to be a part of someone’s life in the most attached way possible. As a result, there’s plenty of room on these devices to encourage users to slow down, take in something thought-provoking, and give back to it in a very personalized way.

For his part, developer David Ngo couldn’t agree more. One half of the duo at Loqheart Studios, he and his teammate Don Quach think we’re just beginning to see the kinds of experience phones and tablets are capable of. It’s the job of developers he says to push the status quo and show users new ways to connect to their device.

“The act of touching and using your fingers creates a much more intimate and personal experience,” says Ngo. “[It] opens up the possibilities for more natural and organic gestures. I think working within the medium and being creative with the constraints and new abilities you’re given is all a part of being a good designer.”

“Organic gestures.” That stands out to me.

Ultimately, whether it’s an arcade-shooter or water-based puzzler you’re playing, the one thing connecting all mobile experiences is the way they absorb us into technology in way we haven’t seen since we were kids, sitting in front of our television. And rather than typecast the device as one thing or another, I for one think we should all be excited to sit in front of these new “idiot boxes” – married to experiences that make us laugh, think, and some day even cry.

Is Nexon about to buy EA?