A week with Google+ games 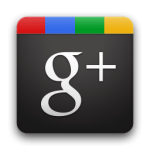 When Google+ first launched, the first thing I thought about was how the service could be used for games. Up until it came out there really was no direct competitor to Facebook, and so social network games could really only be found in one place. So it wasn’t exactly surprising when Google announced that Google+ would be getting games, but it was still exciting. The service has slowly been rolling out to users, and I’ve spent the last week or so playing around with it to get a feel. But the big question, of course, is whether Google+ is a better gaming platform than Facebook.

One of the better aspects of Google+’s games service is that, at least initially, it appears to be curated. The handful of games that are available now are all quite good, and there’s a good range, with everything from Zombie Lane and Edgeworld to Diamond Dash and Angry Birds. Now this may just be because Google wants the service to have a good start, but if it can keep this up Google+ could well feature only quality games, instead of being overstuffed with junk like Facebook.

But this also means that there are, and likely will continue to be, less games on the platform. And the question is out there as to who decides what games make it on Google+. Steam is a great service for PC and Mac games, but there are plenty of excellent titles you can’t buy on Steam. Indie games often don’t make the cut for reasons that are never made clear, and it would be a shame if something like that happened to Google+.

But the games service is also great for those who don’t want to play games and would prefer to have nothing to do with them at all. Because it is separate from the rest of the social network, you never have to worry about bothering your non-game playing friends with City of Wonder requests. Instead those requests stay in the games section where they belong.

By splitting up games from the rest of the social network, Google may have also solved one of the major issues with gaming on Facebook: discovery. Unless it’s a huge release like a new Zynga game of The Sims Social, it’s pretty hard to find new games on Facebook. But Google+ has a nice, big featured section that shows off new releases in a clear and enticing way. Of course, since the library is pretty small right now, pretty much every game makes it to the featured section. But there’s also an “All Games” section that lists everything you can play. Organize the list by genre as the service grows and finding games could much simpler. Which means more time for actually playing them.

The biggest issue so far with Google+ is the lack of exclusive games. Every single game that’s playable now can be found on a different platform, and most of them are simple ports of Facebook games. Play something in full-screen mode and the experience is exactly the same. Of course, this lack of exclusives is due mainly to the fact that Google+ is so new, and thus significantly smaller than Facebook. It’s hard to focus all of your resources on an up and coming social network when there’s one that already commands 750 million users, many of who play games.

And to be fair, Google has done an admirable job of courting top notch developers. Google+ features games from Popcap, Digital Chocolate, Playdom, Wooga, Kabam, and more. Even Zynga is there, though not in the way most players would probably hope for. Since it’s believed that Zynga has agreed to a Facebook exclusivity agreement with most of its major franchises, the only Zynga developed game on Google+ is Zynga Poker. Of course, that didn’t stop Zynga from releasing a very CityVille-like game in China. Maybe we’ll see some similar creative porting with Google+.

There are also no games developed by Playfish on the service, though other EA developers have games on Google+

Google has done a lot right with Google+ games and could very well have built a legitimate competitor for Facebook, though it might never reach the same size. With time, Google+ will likely continue to grow, which means more games and, more importantly, some exclusive content. If it’s only going to be Facebook ports there’s little point. But with some original content and, even better, some cross-platform play with Android games, Google+ games could well be a viable alternative to Facebook.

And that could only be a good thing for social gaming.