A social spin on a classic: Playfish talks Monopoly Millionaires on Facebook 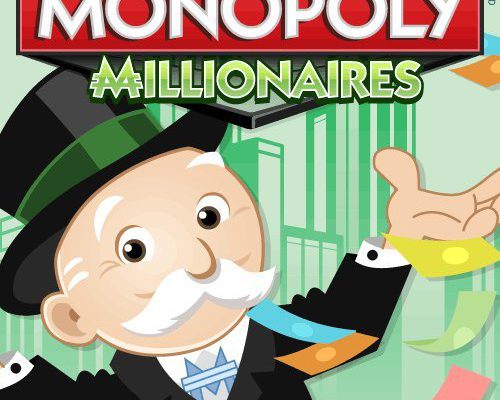 The developers at Playfish had an unenviable task with Monopoly Millionaires: to recreate a classic, much loved board game for Facebook. And with over four million monthly active users and much critical acclaim (including our own 4.5 star review) it looks to have been a success. Gamezebo recently had a chance to chat with Adam Gutterman, the producer on the game, about the types of challenges the team faced during development and what fans can expect next.

Why did you decide to bring Monopoly to Facebook in the first place? What was it about the two that made them a good fit?

Monopoly is the most popular and iconic board game brand in the history of the world. Facebook is the largest gaming platform in the world. The sky was the limit in the opportunity of that marriage.

The game is very similar to the board game, but also different in some pretty significant ways. How did you decide which aspects to keep and which ones to remove?

Board games are competitive in nature and have well-defined end game goals. Furthermore, only a limited number of players may participate. Social games are just the opposite; they are cooperative and persistent, and allow for social interaction with an unlimited number of friends. The challenge lay with determining what features of the board game would work well in a social gaming setting. We kept the core mechanic of rolling dice, collecting property cards, and building houses and hotels. However, rather than competing for space on a shared board, players build on their own board. Additionally, visiting your friends’ boards is baked into the core mechanic of rolling dice. No other social game features friend visitation in the core game play. Monopoly Millionaires is the first to feature this.

Why did you decide to use asynchronous-style gameplay?

Asynchronous play naturally dovetails with the way that social gamers play on Facebook. Most users play when they take breaks from their daily routine at work or home. These times don’t always synch with their friends, hence the idea behind asynchronous gameplay.

The customization aspect is something that doesn’t really exist in the board game, but yet it’s a pretty big part of Millionaires. Where did that idea come from?

Customization is another word for what we call creative expression, something that is a hallmark of many social games. We wanted players to be able to show off their creations and arrangements of the houses, hotels, and decorations on the board. When I visit my friends’ streets, I am always surprised and delighted by the various combinations of colors and buildings that I see.

What were some of the difficulties you found in translating the classic Monopoly experience to Facebook?

Monopoly has been around for 75 years. With that storied history comes a nearly infinitive number of distinct expectations for what Monopoly would look like on Facebook. We had to manage these expectations while still trying to put out a product that would be as close to universally loved by the public as the board game. We think we came pretty close.

For one, we have a 4.3 out of 5.0 star rating on Facebook. More specifically, the feedback we’ve received has been overwhelmingly positive, with perhaps one point of contention. We rolled out the game with a highly competitive feature called Traps. Traps were met with reactions ranging from confusion to disdain. The great thing about running a live game service is that you can listen to your players and make improvements. Traps are soon going to be replaced by a cooperative feature called Treats. I have a feeling people are really going to love Treats.

Are there any future changes or updates in the works?

Beyond Treats, we have a number of new features in the works. I can’t comment on too many specifics, but I’ll say this: The middle of the board is an underutilized space. And hotels are limited in their current incarnation. In the coming weeks we’ll be addressing this, adding some great new mechanics and features to the game. Again, I have a feeling people are going to love it.

From all of us here on the Monopoly team and at Playfish and EA, thank you so much for your support. We look forward to continuing to develop Monopoly Millionaires and making it one of the most social and unique games on the web.