A play set based on Cars is coming to Disney Infinity 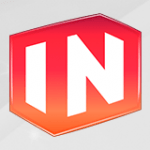 Disney has announced that a Cars expansion is coming to Disney Infinity, and bringing all sorts of racing shenanigans along for the ride (pun intended).

The expansion will ship with physical figures of Lightning McQueen, Mater, Holley Shiftwell, and Francesco Bernoulli, and allow players to participate in racing tournaments and create tracks of their own. If it’s even half as fun as it was to create race tracks with Hot Wheels sets as a child, we’re definitely in for a treat.

And in case you’ve been reading this post without a clear idea of what Disney Infinity is, it’s a Skylanders-esque game (or platform for games, really) that lets players explore and play around in a variety of worlds based on Disney entities, as well as create worlds of their own. All in all, it’s shaping up to be a massive money sink for Disneyheads like myself.

Disney Infinity is scheduled to launch in June of this year on Xbox 360, PS3, PC, Wii U, and Wii. There will also be a mobile counterpart, though details on that portion haven’t been announced yet. And speaking of things that haven’t been announced, if Disney doesn’t release sets based on Star Wars, Marvel, or The Muppets, I’m going to be downright disappointed. Can you imagine Kermit and Darth Vader duking it out with lightsabers? Kermit would totally win, but that’s beside the point.