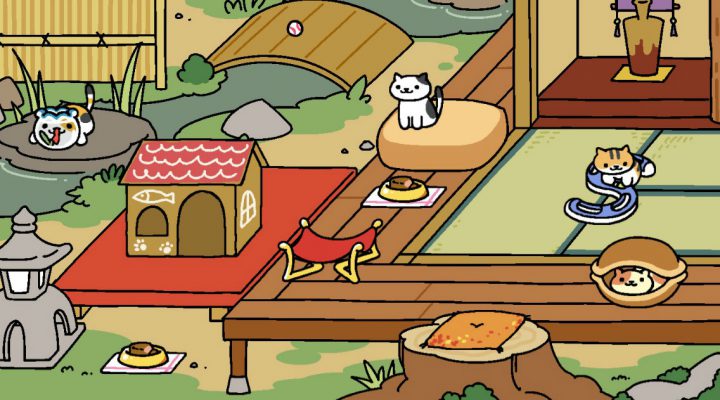 The history of movies based on video games is not a pretty one. And yet maybe that’s simply because they haven’t had enough cats in them.

It’s for that reason that the announcement that there’s a live-action movie in the works based on Neko Atsume lends itself less to obvious ridicule than most video game projects. People love cats, as the internet has long provided proof. This is a movie about, as The Verge tells us, “a best-selling author named Katsu Sakumoto (Atsushi Ito) struggling with a bad case of writer’s block. He splits for the quiet countryside, encounters a lone cat, and begins leaving food out for it.”

That could actually work. It’s hard to gain anything else from the official website unless you understand Japanese, as even the mighty power of Google Translate falls flat there. Dig that picture of Katsu looking at that cat, though.

Alas, there’s a bit of a stigma associated with people who have too many cats in real life, no matter how adorable they might be. We’ll have to assume the movie doesn’t turn its writer into a crazed hoarder who endangers the well-being of animals or himself.

In the meantime, you can always jump back into the game, perhaps using our Tips, Cheats and Strategies to fall in love with it all over again.