Home / News / A fish out of water: Big Fish Games announces plans to move to the cloud

A fish out of water: Big Fish Games announces plans to move to the cloud 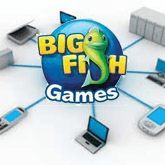 Paul Thelen, founder of Big Fish Games and recently re-positioned CEO, has his head in the clouds. We’re not saying he’s a dreamer, either. According to an interview with Venture Capital, it looks like Big Fish Games will be moving a majority of its games to a cloud-based streaming service.

“We’re in a transformational era,” said Thelen. “Now that I’m back in the seat, I want to do something big.”

This decision is big indeed, even for a company that already uses “big” in its title. Big Fish, which dealt almost $200 million in sales last year with thousands of social and casual games across multiple platforms, has relied entirely on a traditional download service to distribute its games. With cloud-based streaming, gamers can skip the need to download and play their game via an online feed.

What does this mean for the future of Big Fish gamers? For one, it means that they won’t ever have to fill up piles of disk space in order to keep their gaming library in order. You’ll be able to pick up your save files from a Big Fish login, meaning that you can pickup where you left off on any compatible device for your games. Think Netflix, but for games.

On the Big Fish side, this also means that they won’t have to waste time developing for multiple platforms, such as PC and Mac. With cloud-based gaming, developers will only have to ensure that games work on the universal cloud before being able to ship them to any cloud-compatible device.

Cloud gaming has existed in the form of OnLive with hardcore games for the past few years, but the concept of the cloud has been rapidly expanding. Just this past month, we tried out a new Facebook-based cloud app called Gaikai, and were shocked at how clearly console-quality games streamed to even low-power computers.

Some gamers fear that streaming a game online will result in slower speeds than if the game itself was installed on your computer, but Thelen isn’t worried at all. We aren’t, either: if console-level games can be streamed near-seamlessly over Gaikai, we have no doubt that casual games will appear flawless over the cloud.

The only downside to cloud-based gaming is that you’re required to have an online connection in order to play. Granted, most gamers would have already needed internet to download their games in the first place, there are a few times we could see this becoming a problem.

Regardless, we’re extremely curious to see where Big Fish goes with this new streaming technology. The service is set to take off in the third quarter of 2012.