A dozen years of development: Miniclip’s drive to maintain a quality website [interview] 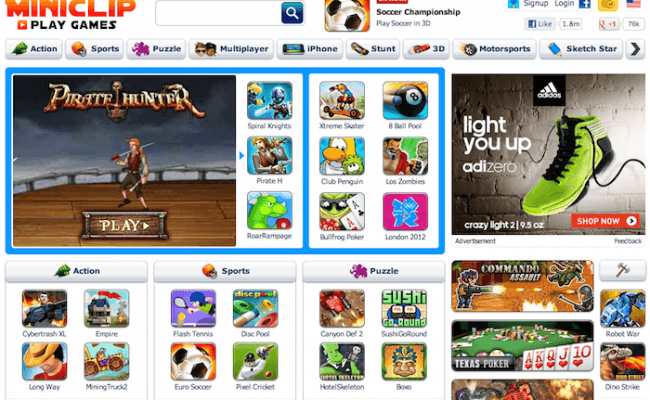 With the explosion of mobile gaming over the past couple of years, gamers of all ages have been able to experience millions of simple, well-crafted, and addictive experiences open to every demographic. Yet, for the internet-savvy web surfers of the early 21st century, simple and addicting games are nothing new. Specifically catered sites for Flash and Shockwave-based browser games have been around for over a decade.

Despite many of these classic sites now considered to be archaic in comparison to the modern mobile trend, 12-year-old miniclip.com continues to thrive with millions of hits per month. In the wake of a site-wide redesign, I was able to speak with Rob Small, Miniclip founder and CEO, alongside Chris Bergstresser, Vice President and Commercial Director, and discuss the factors that have kept Miniclip thriving for all these years. 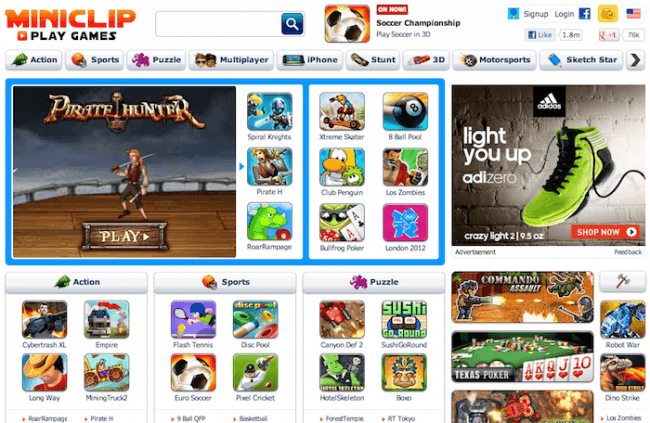 A fresh coat of paint

“I set the site up in my bedroom, it was an archetypal internet startup,” recalls Rob Small. “I really felt in 2001 that there was an opportunity to make a free entertainment [source] on the web. We started working with flash very early on, starting with flash 1.0 for simple games and animations.”

While Miniclip has since expanded from a tiny dream into a nearly 200-strong operation across multiple countries, keeping up with the internet’s rapidly changing standards remains a constant challenge. Small recalls the painstaking process in balancing modernity with nostalgia:

“We had our old design for five years, and we all know five years in the internet world is an eternity. It’s kind of like trying to change the wheels of a car that’s driving at 150 miles an hour. The big job of the redesign was to refresh the look and feel of the site, but ensure that users recognize it as the Miniclip they know and trust.”

One look at the new design, which was officially announced on Tuesday, and it’s easy to see that Miniclip draws plenty of inspiration from modern social and market-based atmospheres.

“We’re trying to wrap more social elements into the site,” says Small of the new design. “We’ve got about 8 million users that access the site through Facebook logins nowadays. We’re trying to maximize comments and referrals to build on friends lists. We curved the icons to make it feel more cross-platforms. Users feel familiar with the design of the App Stores on mobile – it helps us feel a bit more cross-platform, and a bit more relevant.”

It’s not just enough to have a design that looks like it comes from the App Store, however. One of Miniclip’s major pushes to remain relevant was the realization that mobile is an incredibly dominant force, and to bring their games to mobile platforms as well.

“As the newest member of the executive team, the one thing that has really impressed me – and I come from a background of Sega, Atari, and Konami – is that Miniclip takes these 70 million monthly unique and leverage them to other platforms and devices,” says Bergstresser. “2 years ago we didn’t have a mobile business, but today we’re about to exceed 100 million downloads.”

“We were keen to make sure we had a presence in mobile, so we started up a studio in Portugal, explains Small. “We successfully rolled out 28 titles on iOS. We’re trying to release games that appear on the web and mobile simultaneously in a try before you buy model. [The web] versions are almost identical to the experience on mobile, except that they’re stripped back on levels and features.”

While iOS has remained as the major player in mobile games sales since its inception, Miniclip has been quick to insure that their games can reach as wide an audience as possible.

“Internally we were struggling, like a lot of companies, having enough resources to make games for all of the mobile platforms, so we built a proprietary porting technology that allows us take native iOS code straight out to Android within a week,” declared Small.

“Other developers are kicking to get in on this and utilize it. We’re delighted to announce that we’ve partnered with the developer of Plague, Inc (over 1 million copies sold, consistently remains in the top 20 paid apps chart since its mid-June release). We’re going to roll that out onto Android toward the end of this month. It’s great to be able to help [an independent developer] get his title up on Android before the knock-off titles begin popping up.”

For Small and crew, it’s about more than simply getting exposure and sales across a popular platform. In the end, quality control remains the major factor.

“We see ourselves closely with the other top developers. We try extremely hard to make high quality mobile games. We try to raise the quality bar – across all of our apps, we have 4 ½ out of 5 rating stars as our average.” 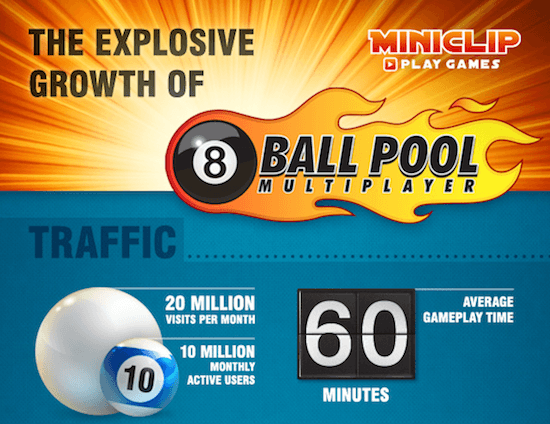 In line with this stance on quality, Miniclip is quick to realize when they’ve made a mistake, as well. One such mistake came in the form of 8 Ball Multiplayer Pool, a game we left with an unsatisfactory 2.5 star rating.

“[With 8 Ball Pool] We did a mobile version of it that was not up with the quality that we wanted – you guys reviewed it, and you agreed with us on that,” admits Small. “We decided to revisit that process: we created a [new] version of the game on our website with multiplayer that now has around 11 million monthly users. We have the game online, on Facebook, and on Google Plus, all supporting complete cross-platform play.”

With a complete change to formula, 8 Ball Pool has quickly become one of Miniclip’s strongest franchises.

“In a month or two, mobile [will be coming]. The growth in this game has been phenomenal. Today we peaked at 57 thousand players playing concurrently. And as of today, 18 billion pool balls have been shot since launch. The average player spends a full hour playing at a time. This game will be a world apart [from the original].”

But what surprised me even more than Miniclip’s determination to right their wrongs was their reasoning behind it. They have to create quality games with every release, because it’s their only form of marketing.

“We haven’t spent one dollar on advertising with it,” explains Small.”It’s purely about building a good game. In fact, Miniclip has never spent money on advertising [for our games]. We are everything about word of mouth and building good products. We don’t even have a marketing department.”

“It’s just me and Rob,” Bergstresser jokes. But despite the comedic overtones, he isn’t kidding. 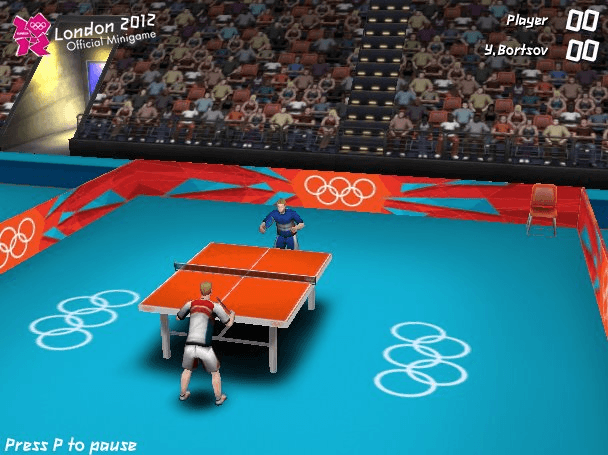 Miniclip’s brand has become so well-trusted that they’ve been able to work with some of the largest brands in the entire world. We’re talking “biggest global event of the summer” large.

“We met some of the guys that were winning the Olympic bids for London … the focus that the team has was making sure the Olympics were very engaged with young people. Our response was: ‘you should be thinking about how you want to engage with kids online, because that’s where they spend a majority of their time.'”

“We were able to work with them in having Miniclip be the developer of the official minigame of the 2012 Olympics. We were hugely thrilled to be able to use a brand as well established as the Olympics,” revealed Small.

The official Olympic minigame collection, which continues to pick up tremendous steam as the official event draws nearer, was a success in more ways than one. Aside from bringing fans a great worldwide browser game, it seems to have helped pave the way for an incredible partnership opportunity.

“And we’ll be doing the 2014 Winter Olympics as well,” confirmed Bergstresser.

It’s easy to write off most browser-based game websites in the age of convenient mobile gaming, but Miniclip isn’t your average gaming site. They’ve adapted, grown, and built a system that prides itself on quality over spamming for dollars. And in a world full of cash-hungry game developers eager to get their slice of the mobile pie, it’s great to see that good old fashioned ideals still have a place in today’s industry.