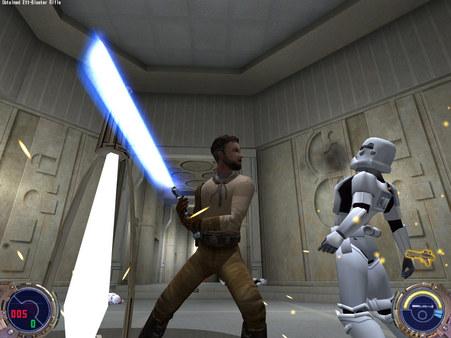 A short time ago, in a galaxy really really close, Gamezebo posted a new deal that should get Star Wars fans super excited. Remember the days when the best Star Wars games had the words “Jedi Knight” in the title? So do we – so we’re offering the last two games in that well-loved series bundled together for $6.99.

Like the Millennium Falcon (which we all know made the Kessel Run in less than 12 parsecs), this deal won’t be around for long. Jump in and grab it while you can!