Home / News / 8 Great Games of Snake on the iPhone

8 Great Games of Snake on the iPhone 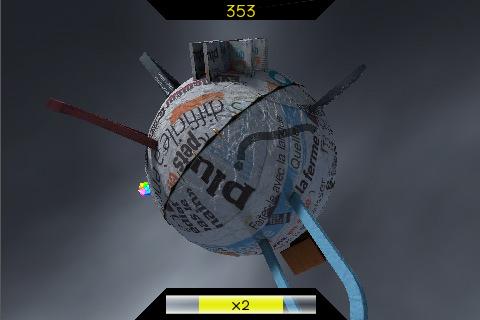 According to the Guinness Book of Records: 2010 Gamer’s Edition, the mobile edition of Snake is the most played game in the world. Originally released in the mid 1970’s, the game really cemented its status as a cultural landmark when it came pre-installed on Nokia phones back in 1998. But times have changed, and Nokia no longer rules the roost in the world of mobile devices.

Eating up potential customers faster than any video game snake could muster, Apple’s iPhone has become a bastion of mobile gaming. As such, we look at 8 great modern options for revisiting our mobile Snake-gaming roots.

Snake Galaxy – Donavan once sang that “happiness runs in a circular motion.” He may have been talking about love and other fluffy things, but it’s just as likely that he was singing about Snake Galaxy. Slithering across different worlds, Snake Galaxy has you travelling around a sphere as you attempt to grow your snake, offering a neat, three-dimensional twist to the gameplay. If you prefer your circular Snake games super-sized, an iPad version is on the way soon from publisher Bulkypix. (Review) 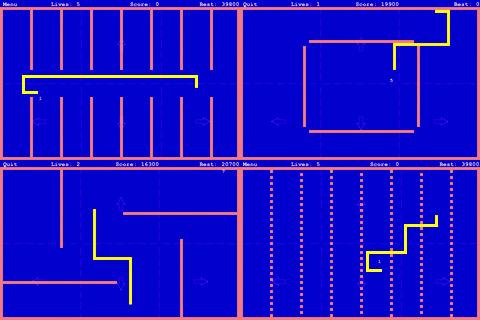 Snake DOS – Don’t let its old school graphics fool you – Snake DOS might just be the most inspired rethinking of the classic formula we’ve seen to date. With a variety of challenging levels and 3 different multiplayer modes (including a Snake-style version of TRON lightcycles!), this is the ideal build of Snake for those looking for local multiplayer fun and a deeply satisfying challenge. 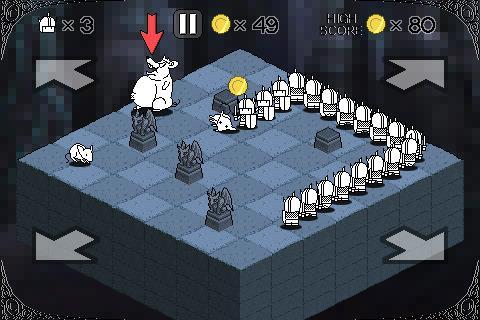 RPG Snake: The Adventures of Akua – Ok, the title is a little misleading. People expecting to jump into this hoping for a Puzzle Quest quality hybrid of Snake and role-playing are going to be sorely disappointed. But if you take it for what it is – a visually charming game of Snake with some light RPG elements – you’re bound to find a lot to love in The Adventures of Akua. (Review) 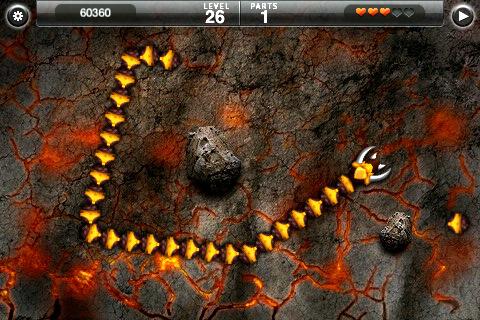 Snake XT – Offering up the sort of “xtreme” presentation that would even make a Mountain Dew can cringe, Snake XT features something that we haven’t seen before in the world of Snake – prize-based competitive gameplay. Their website hasn’t been updated regarding contest info in nearly a year, so we can’t say for certain that their advertised prizing is still underway – but if you’re looking for a cheap game of Snake, why not try one with the outside possibility of winning prizes? 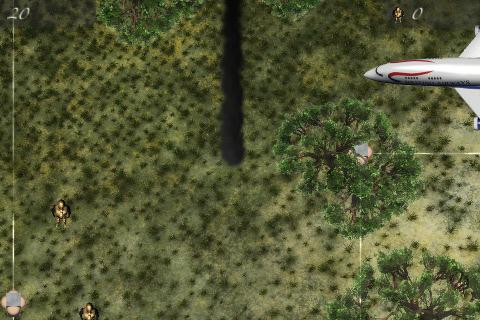 Smoke Monster – Fans of LOST won’t want to miss this one. An unlicensed parody of the series infamous monster, take control of the Man in Black’s smokier side as he avoids sonic fences and maims innocent islanders. Expect to see commercial airliners, polar bears, and a wealth of other LOST in-jokes. 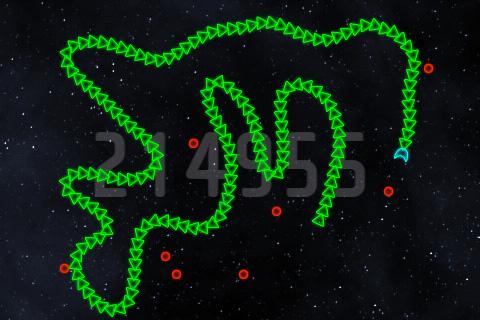 Space Snake – Are you tired of playing Snake in four directions? Space Snake will take your wayward reptile in any direction you want to go! Sporting Geometry Wars-style visuals, Space Snake promises analog movement courtesy of its accelerometer-based tilt controls. 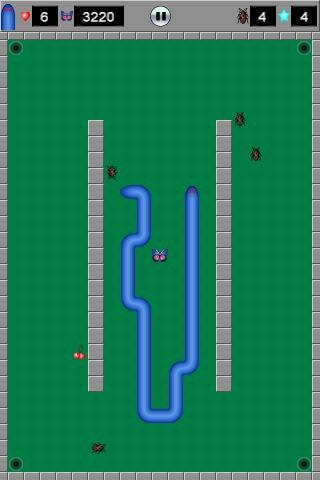 Snake Defense – Snake may be fun, but it’s also largely without purpose. Keep feeding your snake so he gets bigger and bigger… and then what? Snake Defense gives you the motivation that Snake has always seemed to lack, making it your job to protect some beautiful butterflies. Wrap these little winged wonders in the safety of your snake body to protect them from some nasty, carnivorous bugs. 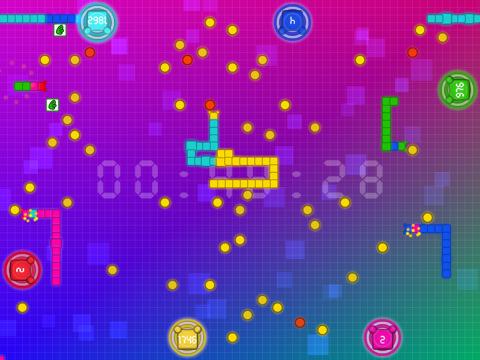 MPad – SNAKE – This is one strictly for the iPad owners that also have iPhone/iPod Touch’s out there – it’s a small group, I know, but if you’re included in it you’re going to have a blast with MPad – SNAKE. A unique multiplayer take on the game, players will use the iPad as the screen and their iPhone/iPod Touch as the controller (this requires a separate MPad app purchase) as they try to grow their snake while stealing points from their opponents bases.

The meaning of Playdom and Disney, the debate is on!

Google vs Facebook: The Next Battle in Social Games