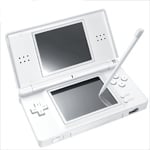 With the recent release of Phoenix Wright on the iPhone, we couldn’t help but daydream about what other DS games we’d love to see come to the iPhone. When you think about it, porting games from one system to the other only makes sense – both devices use a touch screen, neither require a ton of horsepower to operate, and both are aimed at a similar audience.

With that in mind, here are 7 Nintendo DS games we’d love to see come to the iPhone.

Ninjatown – Regardless of how many great tower defense games are on the iPhone, the best TD I’ve ever laid my hands on is available exclusively for Nintendo’s dual-screened portable. Adorable, innovative, engaging – Ninjatown refined the tower defense formula in ways that made it a wholly unique experience. Add in a great story (TD’s aren’t known for their narratives) and you’ve got a must play for any tower defense fan.

Likelihood: Pretty good. It may have received critical acclaim on the DS, but there’s no way this one reached the audience it should have. Putting it on a TD-friendly device like the iPhone would give this great game a second lease on life. Also, the Ninjatown franchise has already seen great success on the iPhone with the recent release of Ninjatown: Trees of Doom. A port of the previous Ninjatown game seems like a logical move. Let’s just hope Venan Entertainment agrees.

Scribblenauts – Have you ever wanted to see Jesus defeat Cthulu while riding a skateboard? Scribblenauts is a game that’s only as limited as your imagination. Players need to get stars that are in hard to reach places, and need to dream up ways to retrieve them. Is it stuck in a tree? Create an axe, or a lumberjack, or maybe a fire. Or maybe you could blow it up with dynamite. Or set up an escalator. The options are seemingly limitless.

It’s a great idea (and a fun game), but what makes it such a great fit for the iPhone? Text entry. You create whatever you can think of by typing it in, and on the DS this felt… less than comfortable. The iPhone’s on-screen keyboard is a perfect fit for this one.

Likelihood: Honestly, we’re amazed we haven’t seen this happen yet. It’s the type of game that wouldn’t stop selling on the App Store, the quick play nature of each puzzle is a perfect fit for iPhone gamers, and publisher Warner Bros. has yet to have a runaway hit on the device. This should have happened by now. Somebody is really dragging their heels on this one.

Osu! Tatakae! Ouendan – Western audiences probably know this franchise a bit better as Elite Beat Agents, but no matter what name it goes by, the principles are the same. Players will tap circles and draw lines in rhythm to a song. As far as touch-sensitive music games go, there’s simply no substitute.

The Ouendan series is known for great music, wacky stories (you’re a male cheerleader helping to encourage people to succeed in a variety of tasks), and incredibly satisfying gameplay. We’d be fools to not want to start tapping and drawing a rhythm on our own devices.

Likelihood: Tough call. While it’s unlikely we’ll see that actual Ouendan/Elite Beat Agents series come to the device because Nintendo was attached as the publisher, I wouldn’t be surprised if we saw a copycat down the road. It’s a great formula, and it’s been borrowed by other developers on more than one occasion (I’m looking at you, Looney Tunes: Cartoon Conductor). Besides, the game may have been published by Nintendo, but it wasn’t developed by them. iNiS develops for a variety of platforms, and considering their love of music it seems inevitable that they’ll want to try their hand at iPhone development in the future.

3D Hidden Picture – Only available in Japan for now, 3D Hidden Picture offers up an interesting faux-3D experience that has players hunting for hidden objects in what feels a little like a shoebox diorama. Tilting your device left and right causes the perspective to change, letting you look behind set pieces to find the items in question.

Hidden item games have had a rough transition to the iPhone. The genre needs a whole new approach. Doodle Find offered up a great twist on the genre, but for those wanting something more conventional this would easily fit the bill. I can’t imagine a better device to play this on than one with a built-in accelerometer.

The Legend of Zelda: Phantom Hourglass – Before it was released, people balked at the idea of a touch sensitive Zelda game. But it worked and it worked well. Zelda games are among the best in the world, let alone the DS, and we’d be fools if we didn’t include at least one on this list.

Tapping where you wanted Link to go, taping on enemies to fight them – it all felt very natual and very satisfying. It’s significantly better than the on-screen d-pad most iPhone action-RPG’s rely on.

Likelihood: Zero. Well, almost zero. Nintendo president Satoru Iwata could be visited by three ghosts in the night who tell him to sell off Nintendo’s major properties and become a monk in the Himalayas – but short of that happening, Nintendo characters appearing on the iPhone is a laughable concept. (That doesn’t make us want it any less, though.)

Kingdom Hearts: 358/2 Days – If there’s any character that’s bigger than those in Nintendo’s stable, it’s Mickey Mouse. The Kingdom Hearts saga blends the worlds of Disney and SquareEnix (makers of Final Fantasy) to create an epic action-RPG saga. Having appeared on numerous consoles, including a few portables, it seems like it would be incredibly easy to bring this recent DS release to our iPhone screens.

Likelihood: 0%, but also 99.9%. Confused? Here’s why. SquareEnix is making a killing on the iPhone. If popular ports of games like Crystal Defenders and Final Fantasy II weren’t enough, they’re also more than happy to create spellbinding original content like the critically acclaimed Chaos Rings. But here’s the thing – of the 6 games in the Kingdom Hearts series, not one of them has ever been ported to another device. Will SquareEnix bring Kingdom Hearts to the iPhone? Almost definitely. Based on their track record though, I’d expect it to be a completely new title rather than a port of 358/2.

Boktai: The Sun is in Your Hand – Alright, we’re kind of cheating here. Boktai wasn’t a DS game, but a Game Boy Advance game – but since GBA games can be slotted into the DS, we’ll make an exception – especially when you take into account why this game is on the list.

Created by legendary game designer Hideo Kojima, Boktai is a vampire-hunting action-RPG that has a photometric sensor built into the game cartridge. What does “photometric sensor” mean? It means the game could tell when it was in sunlight, so players would need to go outside to charge their sun-powered vampire hunting weapons with actual sunlight. Since the iPhone already has an ambient light sensor built-in (that’s why it brightens and dims depending on your environment) we can’t think of a better match.

Likelihood: I’m a game player, not a game designer. It’s entirely possible that my hopes here are exceeding the capabilities of the ambient sensor – for all I know it’s impossible for the device to let that sensor interact with the software. Asides from that, there doesn’t appear to be any reason to assume this wouldn’t happen. Then again, with no one outside of this article publicly clamouring for it, there’s no reason to assume it would either. We’re going to say unlikely, but give it a few bonus possibility points because Konami is actively developing for the iPhone and not afraid to mine their back catalogue for ideas.

Did we miss anything you’d love to see make the jump to the iPhone? Let us know in the comments!