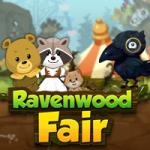 Social gaming company 6waves Lolapps announced earlier today that it has laid off much of its internal development staff. Instead of developing games in-house, the company will focus on publishing games by third parties.

6waves Lolapps was formed last year when 6waves, based in Hong Kong, merged with San Francisco’s Lolapps. Lolapps, the studio behind the popular Facebook game Ravenwood Fair, continued to develop social titles. Sadly, the merger is set to end now that reportedly 80% of Lolapps’ development staff has been let go.

“6waves Lolapps will now focus on working with independent developers to launch and grow their mobile and social games,” Rex Ng, CEO of 6waves, said in a statement. “As a result we have restructured the company to focus on key functions which include developer outreach, product advisory, user growth initiatives and our publishing platform. The re-structuring means that we will have more resources to continue our leadership in the social and mobile game publishing space.”