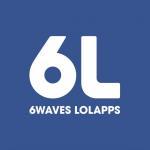 6waves Lolapps has officially snipped off its “Lolapps” tail, and now it’s simply “6waves.” Even though the entirety of 6waves’ internal development team is gone, the studio still has big plans for the remaining three quarters of 2012.

6waves is making a hardcore return to its publishing roots. The Hong Kong-based company has already signed on 32 publishing deals with game development studios around the world, including Kabam and Atari. This massive influx of developers will climax with the publication of 40 games by the end of this year.

Here’s a list of the game studios that will be calling on 6waves’ publication services:

It’s still sad to see the end of Lolapps–though Ravenwood Fair is up and running for now–but it’s also kind of fun to see big lists of independent game studios, because it means that for all its changes, the industry is still creating. Also, people come up with some of the most awesome names for their studios.

In this age of fiercely independent developers and Kickstarter funding, it’s admittedly interesting to see that 6waves already has so many game studios lined up for its services. There’s long been a love-hate relationship between developers and publishers in the games industry: devs want to create, but publishers want/need to make money (“Can we throw a few cats in here? Kids love cats!” “But it’s a game about a robot apocalypse.” etc). 6waves’ long history in the industry is an asset, but hopefully their popularity is at least partially owed to being able to compromise with developers who just want to make cool games.

Then again, it’s not like Kickstarter can fund everything in the universe, though it’d be nice if it could.

From Insomniac to indie: The invention of ByteSize Games [interview]