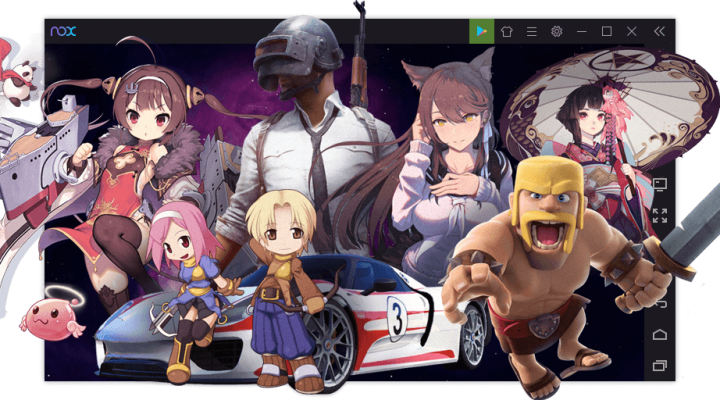 Mobile gaming is great, except when it isn’t.

The invention of the touchscreen, accelerometer-equipped smartphone brought about a golden age in creative, ingenious game design, but there’s no escaping the fact that there are tons of games on mobile that would work better on a big screen, with physical controls.

For those games, there’s NoxPlayer. This nifty bit of software lets you install a client onto your desktop PC and then run Android games on the big screen, using whatever control method you like.

Every conceivable game is available, including megahits like Call of Duty Mobile, PUBG Mobile, and Fortnite Mobile. Better still, you’ll have a material advantage in all of them, since you’ll be able to control the action with keyboard and mouse, totally lag-free – like mother nature intended.

You don’t have to play multiplayer shooters, of course. Every game works on the big screen, from Monument Valley to Threes! to Clash Royale.

In fact, MMORPGs work particularly well on NoxPlayer since you can run multiple instances at once – and doing so won’t cripple your CPU.

On top of the current vast library of Android games to play on NoxPlayer there are always more in the pipeline, including Diablo Immortal, MineCraft Earth, Game of Thrones: Beyond the Wall, and countless others.

There’s a 64 bit version of NoxPlayer in the works, too, meaning that all 64 bit mobile games will soon be supported. An Android 9 update is coming soon, and NoxPlayer is already the first emulator to support OpenGL+.

If you’ve ever tried using an Android emulator before, you may have been put off by the necessity to link your Google account. Nobody likes entering their password in an unfamiliar box.

But there’s no need to worry. NoxPlayer is 100% GDPR compliant, and the company is committed to protecting its users’ personal information. It will support 4 new languages this month too – Polish, Arabic, Turkish, and Italian.

Visit the official NoxPlayer site right now to get started.