5 time periods we’d like to see in future Plants vs. Zombies 2 updates 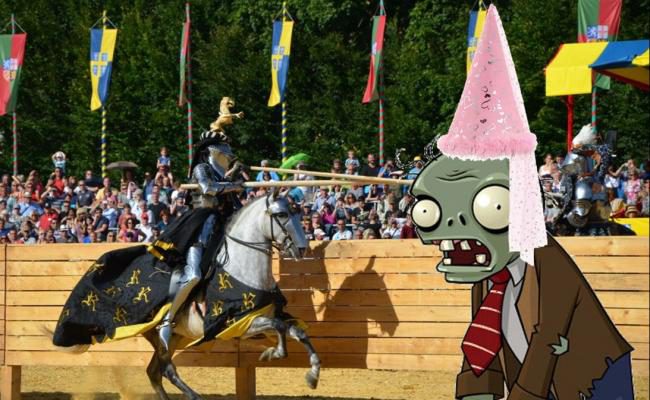 The long-awaited Plants vs. Zombies 2: It’s About Time has only been on the App Store for a little more than a day now, and we’re still busy trying to nab every last star in Ancient Egypt, Pirate Seas, and the Wild West. But we also know that more levels and worlds are already on the way, so that’s got us thinking about what kinds of wacky time periods and historical eras we’d like to see Crazy Dave and Penny take us to next, and all of the awesome new zombie types that would be crawling around each one!

We’re pretty proud of these new world ideas for Plants vs. Zombies 2, but if you think we happened to be snoozing through one too many history lessons over the years, then be sure to chime in and let us know what time periods you’d like to see pop up in future Plants vs. Zombies 2 game updates (or maybe you just want to compliment my *amazing* Photoshop skills)! And if you still have time in between dreaming up where you’d like to see the zombies go next and getting some PvZ 2 playtime in, be sure to check out my 5-star review of the sequel right over here. 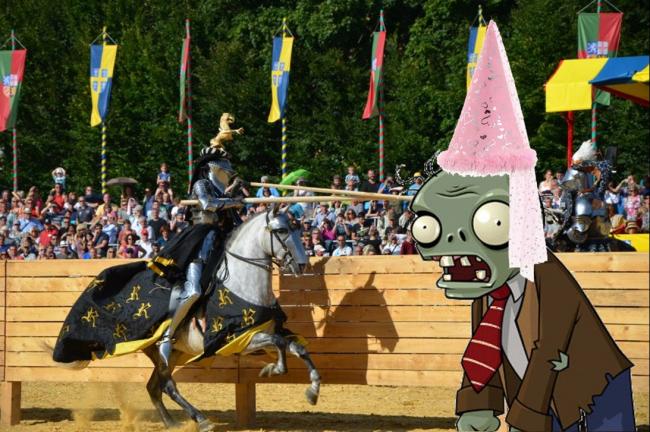 Can you say zombies riding on dragons, anyone? The only bad thing about this one is that if the zombies are smart enough to dress themselves in impenetrable knight’s armor, then I’m going to need all of the Plant Food I can muster just to make a dent! I think Crazy Dave would especially have a grand old time back in the Medieval Age, as all those jolly kings seemed to have a real thing for eating big roasted chicken legs. And as long as we can have a Damsel in Distress Zombie with flowing pink gown and a blonde Rapunzel braid, then I’m more than sold on this idea already. 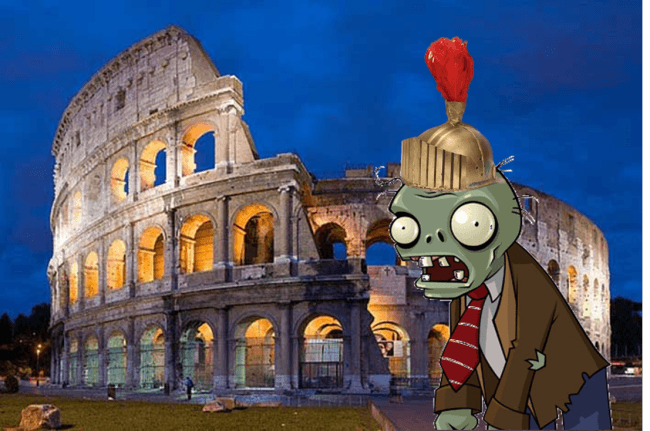 Those coliseums from Ancient Rome must have been able to hold thousands of our little undead friends, don’t you think? An Ancient Rome level in PvZ 2 would be awesome for a number of reasons: but mostly because we’d have zombies riding in chariots, sporting big gladiator muscles and those gold helmets with the red-feather mohawks, and reading passages from Virgil’s The Aeneid. Okay, so maybe not so much that last one, but as a Literature major in college, I for one would like to think that the zombies like to engage in the classics every now and then. 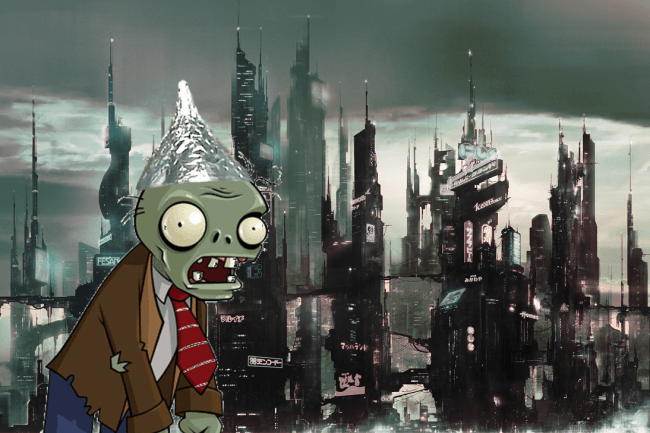 Out of all the picks on our list so far, I think a Futuristic Space Age world is probably the most likely to make an appearance in PvZ 2 further on down the road: mostly because the shadowy “Coming Soon…” image in the game features some building silhouettes that look like something straight out of The Jetsons. The possibilities for this one are truly endless, with zombies speeding our way on hoverboards, zombies wearing pointy tinfoil hats and TV antennas, or (gasp!) even some fully enhanced robot zombies, completely programmed with advanced brain-eating capabilities! 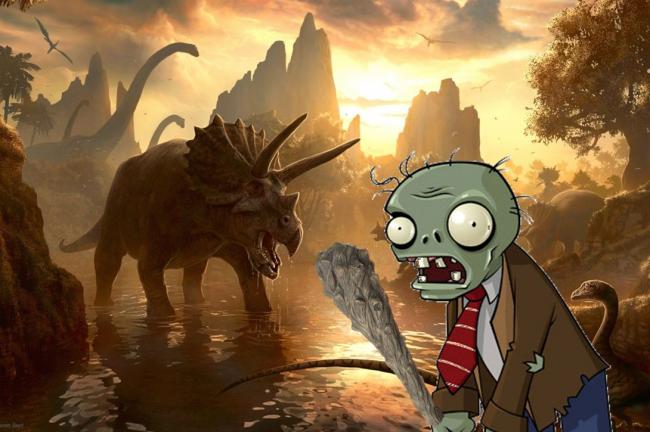 Cavemen zombies? Sure, why not! Just give them a club, those black-spotted leopard skin outfits, and the magic of fire, and I’m sure they’ll get down to a rockin’ good time! Much like the Barrel Roller Zombie in the Pirate Seas world, I can definitely picture an Early Inventor Zombie rolling a big stone wheel our way. I can also see a new iteration of the Gargantuar emerge in the form of a Zombie Dinosaur, complete with a little Imp Zombie riding on its head. Did you know that some of the earliest cave drawings were images of brainz? It’s true, just ask the zombies! 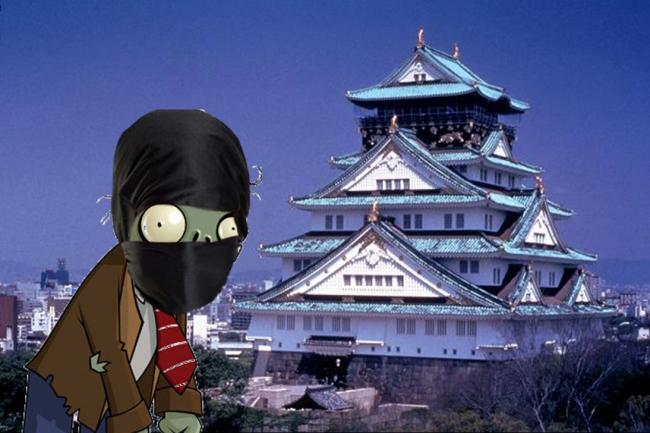 And finally, I have just two words for you: ninja zombies. While they may not be competent enough to throw ninja stars our way, and they’re not nearly going to be coordinated enough to perform all of those fast-paced ninja moves that we’d probably be prepared for, there’s still no denying how funny the zombies would look dressed up in completely black ninja attire, with their eyes peeking out through the little slit in the hood. And with the introduction of the first female zombie type in Plants vs. Zombies Adventures, I’ve got my fingers crossed that we see a Geisha Zombie or two: all dolled up and ready to rumble!