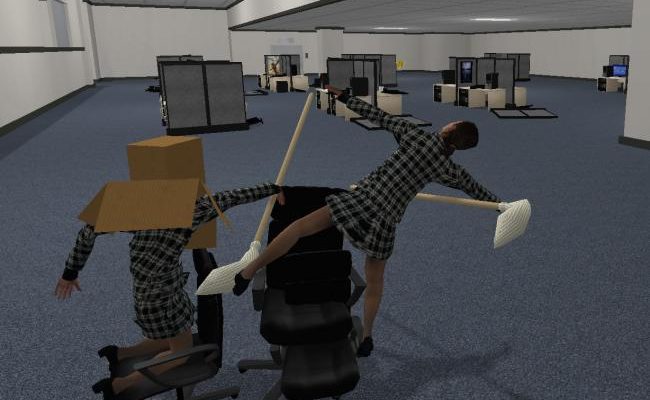 Every great game maker had to start somewhere – so why not school?

The fourth annual Level Up Student Showcase was held in Toronto this past weekend, showcasing the work of nearly 100 student-run development teams. Everything you could imagine was on display, from well-established genres to completely unique offerings unlike anything we’d ever seen.

There were plenty of great games to choose from, but there were five in particular that really screamed “the next big thing.” Don’t be surprised if you see these games – and their developers – making a big splash in the near future.

Door – Puzzle platformers come and go, but what if simply finding the platforms was the puzzle? That’s the idea behind Door – a unique mixed media project from the students at OCAD. Requiring one player to use a gamepad and another to use a magic marker, an on-screen avatar will explore an environment that starts out as a blank slate. There are plenty of platforms to navigate in your attempt to reach the exit, but you’ll have to find them through trial and error. As you do, your friend with the magic marker will draw them on a whiteboard. Door is a game of discovery and exploration, and a really great example of how digital experiences can break out of conventional platforms and defy expectations. Games can be anything and anywhere. 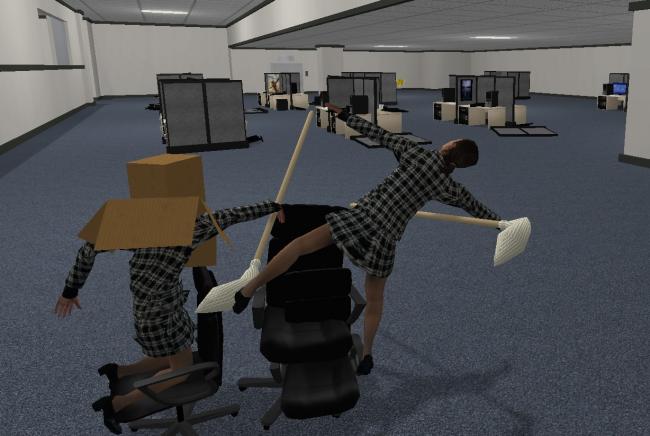 Office Joust – Out of all the games we saw at the showcase, none has a title that so aptly describes the game you’ll find within. Taking place in a run-of-the-mill cubicle-infested office, players will saddle up on their wheeled desk chairs with a mop in place of a lance for an afternoon of medieval jousting. The controls offer an almost QWOP-like level of frustration (by design, we’re sure), perfectly simulating the crummy momentum of pushing around an office chair while simultaneously trying to aim and attack with a makeshift lance. It’s a silly good time that deserves to be embraced as either the next Goat Simulator or esports phenomenon – we honestly can’t decide which. Did we mention it won the People’s Choice award at Level Up? Find out more about this co-production from OCAD and University of Toronto students at officejoust.ca.

Runbow – Ready for a race? Runbow pits up to 8 players against each other in a platforming challenge – the first to the end wins. Sounds simple, doesn’t it? It is… until you realize that the landscape changes every few seconds thanks to a unique use of color as a gameplay mechanic. Every platform you can escape to is a different color, and those platforms will remain perfectly safe until the background changes to match it, erasing your footing from the world completely. With other hazards also dependent on the color of your world, Runbow is a frantic, fantastic party game that everyone can enjoy. No wonder it won “Best Game Design” at the event. I’m calling it right now – Runbow is the next Nidhogg. Give this project from 13AM Games, a studio based out of George Brown College, some love on Steam Greenlight if you ever want to play it for yourself.

Retroid – Sometimes a game feels like it’s been built from the ground up with a specific device in mind. Playing Retroid, a LeapMotion powered twitch navigator, you can’t help but get that feeling. Much to our surprise, though, LeapMotion couldn’t have been further from its creators mind. In fact, he’d only implemented the device into the game a day before showing it at LevelUp. Regardless, it would be a killer app on LeapMotion’s Airspace store. Player steer their ship using their hands (holding them as if they were a U-shaped control wheel) trying to gather up boxes that match the color of their spacecraft. And did we mention the color changes every ten seconds? Even cooler, the speed of the game is powered by the tempo of the music. Your music. Despite the vastly different gameplay, it’s not hard to see why its developer cited Audiosurf as an influence. You can follow the game’s creator, University of Ontario Institute of Technology student Mirza Beig, on Twitter: @TheMirzaBeig. 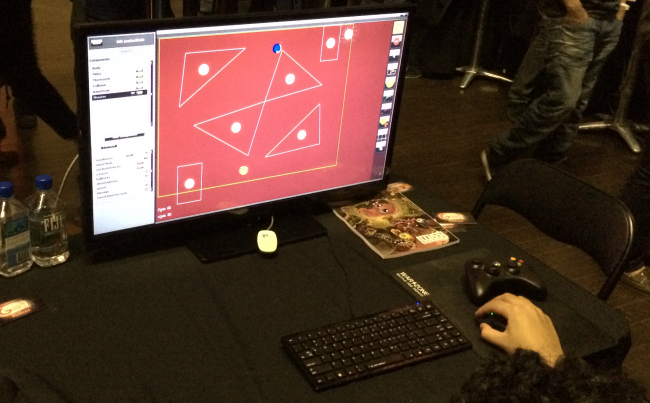 Orbit – Orbit is unique, even when compared to a showcase full of unique games. For one thing, it’s not actually a game. Well… it is. But it’s more than that. Orbit is a mashup of game making utility and multiplayer party game. How so? One player takes the role of game master, changing variables of Orbit on the fly, while the other players participate in a traditional gameplaying experience, reacting to what the game master does next. It’s a hard thing to describe without example, so here’s a quick taste of my play through: initially the game master gave us all “magic wands” that let us repel or attract other players and items however we saw fit. Then he introduced deadly “nodes” that, when touched, would drain our powers. Very quickly, this turned into a game of “push the other players into the nodes/pull the nodes towards the other players who are swarming you.” Every element was added while the game was in progress, based purely on the whims of the master. To learn more, or download the code yourself, visit the official website of the Ryerson student dev team Game Maker’s Union.

Card Hunter gets its first expansion, Attack of the Artifacts, later this month