Home / News / 5 reasons you want to work at King

5 reasons you want to work at King 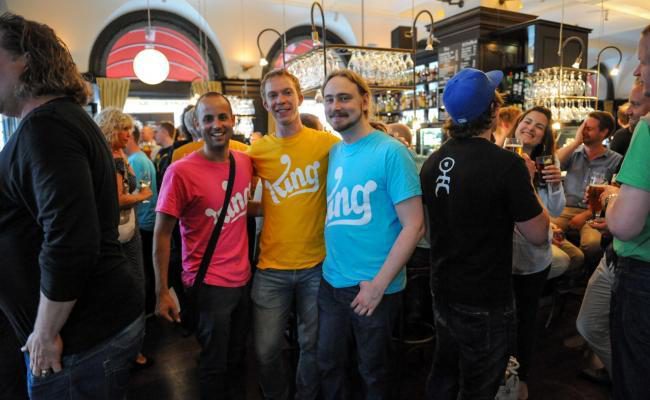 Along with a handful of other notable press outlets, Gamezebo was recently given the opportunity to tour the Stockholm studios of King, the casual games giant behind titles like Candy Crush Saga and Farm Heroes Saga.

We learned a lot about the business of being a leading cross-platform developer, yet despite all of the facts and figures thrown our way, one learning stood out above everything else: King’s employees are happy. Not just “there’s press here, plaster on a fake smile” happy, but really, genuinely happy. After seeing how the day-to-day operates, it’s not hard to see why. 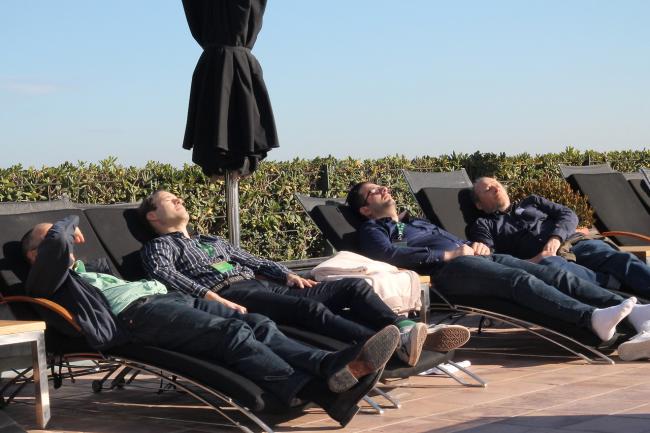 You’ll be home by 5pm. Like many employees in the games industry, the teams that make up King have a diverse background. It’s not uncommon to come across names and faces that had previously worked on AAA games production. Henrik Sebring, the lead producer on Pet Rescue Saga, was working on Ubisoft’s upcoming The Division before heading up King’s Malmo studio. And if you’ve ever worked in AAA games, there’s a dreaded period that every title seems to go through right before release – “crunch time.”

When you work in the AAA/retail space, there are hard deadlines that need to be met. This can result in 120-hour weeks with people living at the office, only stopping to collapse from exhaustion. It’s a terrible reality, and it’s one that King doesn’t have to worry about. By working in the social/mobile space, King can set their own deadlines. Products are never final at launch, and if something isn’t quite polished enough, they can always move dates around. Because of this, you’ll always be home in time to enjoy quality time with your family. 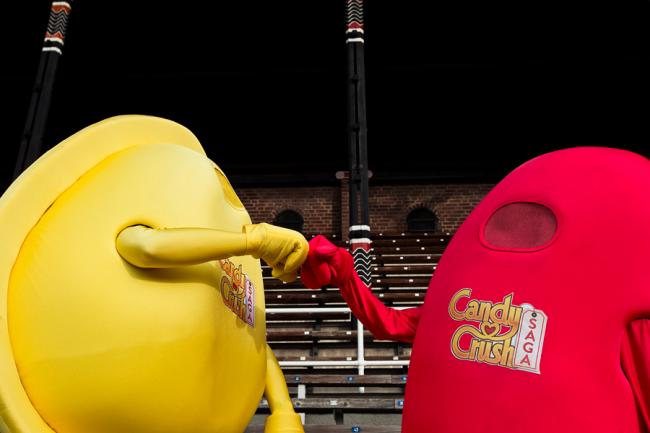 Teams don’t compete, they collaborate. When a company has multiple teams working on multiple projects, all too often they see it as a competitive environment. Team A wants their game to sell better than Team B, and vice versa. It’s not an environment that’s conducive to making your game the best it can be. And while the different teams at King admittedly want to see their product become the next Candy Crush for the company, King’s entire structure is designed around collaboration and sharing.

How so? While King operates a number of studios, each focused on their own games, they’ve made an effort to keep all of those studios in Europe. There are two very smart reasons for this: everyone will be working in the same time zone, and no studio is more than a quick flight away. Let’s say you’re working on Farm Heroes Saga in King’s London office. You might have an idea that you’d like to add into the game, but you’re not sure how it will perform. Since it’s a match-3 game, you pick up the phone and call the lead producer on Candy Crush Saga in Stockholm to see if they’ve ever tried it. The next thing you know some Candy Crush folks have just landed at Heathrow to spend a few days with you, fine-tuning the idea with your team to see if it can work.

The corporate culture isn’t about your game doing well – it’s about King doing well. That means everyone is on the same team, regardless of the studio and game you’re tied to. 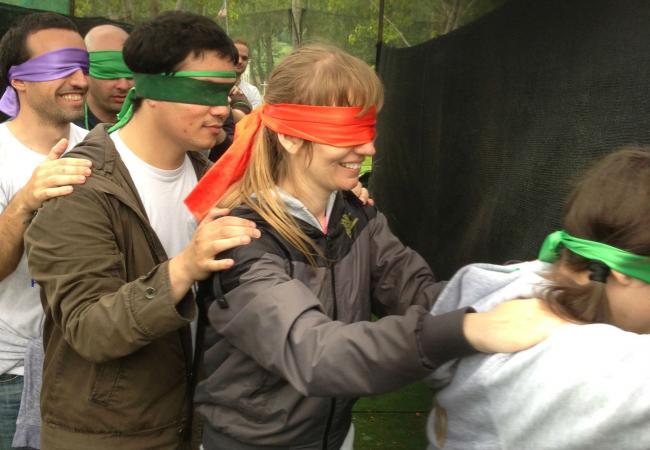 Failure is totally an option. Making games is a hit or miss proposition in the most literal sense possible. Some games will be hits, more games will be misses. King both gets and embraces this fact. They have a team in Stockholm whose entire job is to dream up ideas for new games. Let that sink in for a minute – King has professional daydreamers. When they hit on a formula that they want to try, they make a web-based game for King.com – their “tournament” site that doubles as a testing ground for new ideas.

If a game performs well on King.com, they’ll know its future in a matter of days thanks to the magic of analytics. I won’t bore you with the details, but there’s a formula that will tell King whether or not a game should graduate to “Saga” status and get a deep-and-detailed remake for Facebook and mobile. Very few games get to this point – and that’s ok. Trying and failing is how we learn; this is a fact that’s as applicable to a games company like King as it is in our own lives. 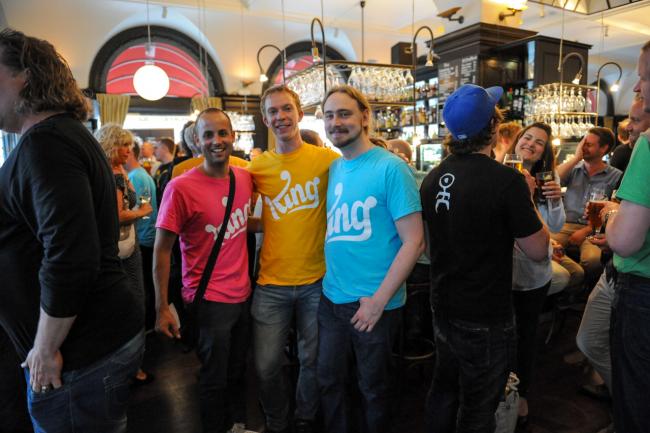 Studios don’t have more than 80 people. Remember being in elementary school, how you knew all of the names of the kids in your grade, and the grades above and below you? Welcome to King. While the company is growing at a breakneck pace, they’re committed to keeping individual studios small enough that everybody knows everybody else. We were told that no studio should have more than 70 or 80 people. Why? I suppose this loops right back to the earlier mentioned positive: the culture of collaboration. If you know who everyone is and what everyone does, there are fewer roadblocks to saying “hey Lars, come take a look at this new level I’m designing.” 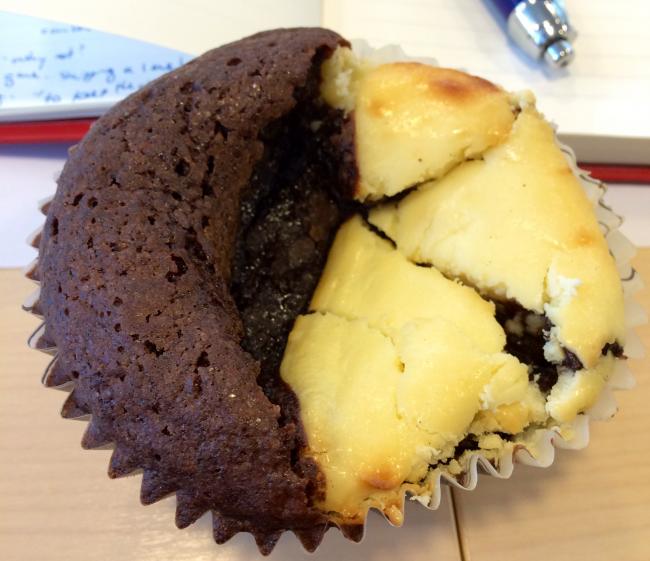 This muffin. I didn’t ask them about what their day-to-day catering is like, but if this muffin is any indication, it’s insanely good. The white part was kind of a white chocolate/cheesecake thing, and the inside was like a chocolate soup. It was so gooey that I eventually had to use the paper sleeve to squish it into a taco.

Walking through the studio at 9am, I saw more than a few folks gathered around a pretty great breakfast spread, taking a quick meeting as they enjoyed some communal food time together. And really, it’s this vibe that sums up what King is all about. This doesn’t seem to be the sort of studio where you rush in and tie yourself to your desk. It’s about good working relationships with the people around you. You collaborate; you listen. You enjoy a good breakfast. And maybe, just maybe, you make some amazing casual games in the process.

King is currently hiring for a number of positions in a number of their studios. Click here to check out the full assortment of job opportunities.

*with the exception of my delicious muffin, all image courtesy of King’s tumblr blog Life at King.

This Week in China: How Rhythm Master hit 16m DAU, a headcount of mobile game users in China, and more!