Home / News / 5 reasons why OUYA is the next big thing 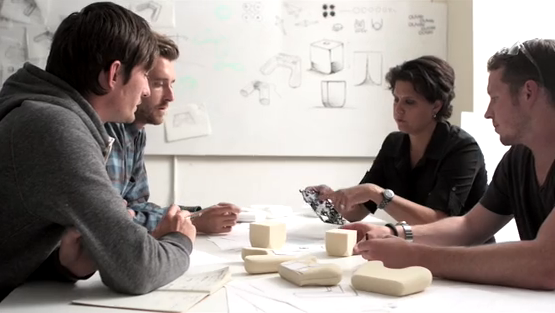 While the announcement of the OUYA was just mere days ago, the device has already stirred up a flurry of commentary from industry watchers and consumers alike.  In fact, the $99 Android-powered console might just be the most polarizing tech topic since the reveal of the iPad.  The OUYA may have plenty of naysayers – including some of my fellow writers here at Gamezebo – but I’m just having a hard time seeing the downside of free-to-play games in my living room.

If you’re wondering what the criticisms are, Ian Fisch posted up a great article over at Gamasutra that serves as something of a counter-point to what you’re reading here.  Fisch seems to be one of OUYA’s naysayers, and while I’m not trying to thrust him into the role of de facto “voice of the people” for his side of the argument, what Fisch says really manages to echo a lot of the sentiments I’m hearing from people this week.

The thing is, I just don’t agree with any of it.  Here’s why.

The folks designing it know what they’re doing

It’s easy to be skeptical when a seemingly crazy, disruptive product gets announced.  After all – how do we know that the people involved with it have any real ability to follow through?  And a lot of people seem to have their doubts about OUYA.  In the last few days, I’ve heard it called everything from the next Phantom console to an N-Gage for your living room.  But here’s the thing – all of these comparisons?  They weren’t products designed by Yves Behar.

It’s ok if that name doesn’t produce the “slam dunk” moment in my case that you were expecting – but if it hasn’t, it’s only because you’re not familiar with the name.  His work, on the other hand, you know all too well.  Behar was the chief mind behind the One Laptop Per Child’s XO laptop – a device that is now in the hands of more than 2.5 million children in developing nations.  He’s also the man who designed the Jawbone (arguably the most popular Bluetooth headset in history) and JAMBOX (a powerful, yet lightweight and portable wireless speaker).

So clearly, we’re talking about a man who knows his stuff.

Joining Behar on the project are a few other names you might recognize.  How about Ed Fries?  He was Microsoft’s VP of game publishing during pretty much the entire life cycle of the original Xbox.  Or Muffi Ghadiali?  He helped Amazon bring the Kindle to market.  All these folks (and more) were brought together by OUYA’s founder and CEO, Julie Uhrman.  You might remember her from a little website called IGN.  She was a vice president there.

Needless to say, this isn’t some wacky Kickstarter project that my cousin is making in his garage.  This is a real project spearheaded by real people – real people who wouldn’t invest their time, skillsets, and reputations if they didn’t think that the OUYA had real potential.

Ok – so maybe you’re still a little jaded.  Maybe names like Yves Behar and Ed Fries weren’t enough for you.  Well How about Notch, developer of Minecraft?  Or Adam Saltsman, the man behind Canabalt (and more importantly, in my opinion, Flixel)?  They seem excited by the potential of the project.  So is Jenova Chen, whose studio thatgamecompany is responsible for one of the highest-rated games of the year, Journey.  If people like this – people who make games you genuinely like – are excited about OUYA, why aren’t you?

“Our games will work so well on a TV,” Madfinger Games Marek Rabas says on OUYA’s Kickstarter page. “We just need an easy way to get them there. OUYA could be it.”

And while bringing existing games to the TV sounds great and all (Notch has said he could see all Mojang games going there if there’s a demand for it, so Marek isn’t alone in this thought), I’m excited by what these developers could come up with that isn’t simply a port.  Which brings me to my next point;

This isn’t just Android in your living room 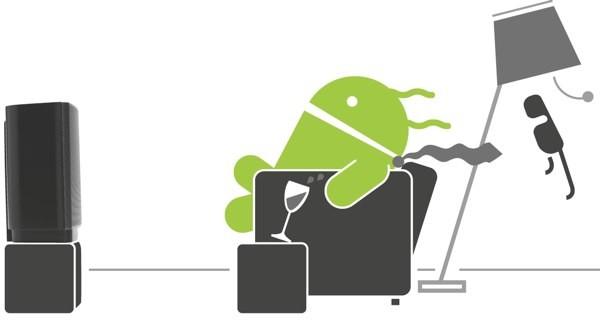 One of the more common criticisms I’ve heard about OUYA since its announcement is that “the Android game library sucks.”  Even Gamasutra said so.  And while that’s true (I might be willing to defend OUYA, but even I’m not daring enough to stand up for the selection on Google Play), this isn’t an Android phone.  We’re talking about a new piece of hardware that just happens to run Android as its OS.

This means that developers will already know how to make games for OUYA.  It doesn’t mean you’re just going to root through Google Play to play mobile games with a controller on your TV.  Nobody’s talking about trying to fit a square peg into a round hole.

That said, I’m sure the early days of OUYA will be filled with mobile game ports – and I’m pretty ok with that.  If games like Super Crate Box and Jetpack Joyride want to look awesome on my big screen, who am I to say no?  With games like Fruit Ninja already on Xbox Live and Angry Birds coming to every home console this holiday season, there’s clearly a demand for it.

Once we get passed that?  I don’t know about you, but I can’t wait to see what great indie designers can come up with when they’re making games with a TV and controller in mind. 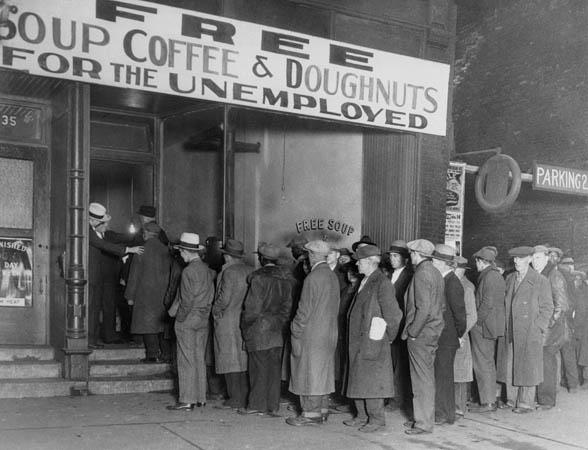 Stepping away from my “why the OUYA is awesome” sandbox for a moment, let’s just take a moment to look at the pricing.  And I’m not just talking about the $99 price point (which is significant in and of itself).  I’m also talking about the “every game will be free-to-play” promise.

That’s kind of an incredible statement.

Now don’t think for a moment that I don’t know what “free-to-play” really means.  We’re talking about games that are either supported through the ongoing purchase of in-app content (from casual stuff like FarmVille to the hardcore action of Tribes: Ascend or Super MNC), or games that offer a taste of the experience and ask you to pay to unlock the rest (in the 90’s, we called that shareware).  In recent years, free-to-play has kind of taken the gaming world by storm.  But until now, no one has been bold enough to bring it to the living room.

Why?  There are plenty of theories, I suppose.  The prevailing one (at least in my mind) is because the big three console manufacturers have an established system in place, complete with retail and publisher partnerships.  Opening the floodgates on free-to-play gaming could seriously rock the boat.  After all – who’s going to spend $60 on a game at retail if they can get a comparable experience for free without ever leaving the house?

And if you don’t think that’s possible, I seriously advise you to stop reading this article and go play Team Fortress 2.

At the end of the day, there’s a reason free-to-play is working so well.  FarmVille had more than 80 million users at its peak for the same reason that tens of thousands occupied Wall Street last fall – the economy is @#$%ed.  We’ve very quickly moved into a “try before you buy” society – because honestly, we can’t afford to do anything else.  In not pursuing free-to-play, the big three have shown a dangerous level of complacency.  OUYA is the response to this. 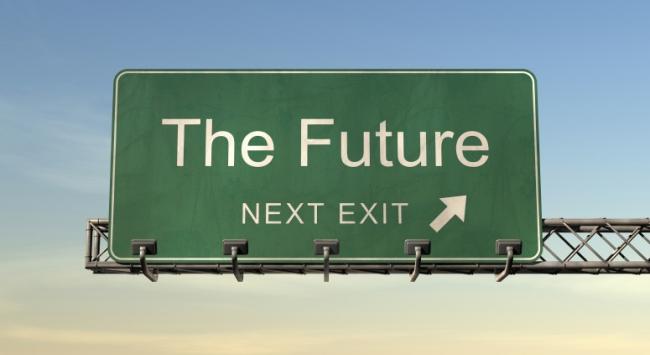 When you step back and look at the big picture, I’m less and less tempted to use the word “disruptive” to describe OUYA.  Yes, it’s trying to disrupt the current console market – but OUYA is something bigger than that.  It’s a confluence of trends, all of which seem primed to define the future of home entertainment.  Just think about these simple facts;

In the end, I’m not even sure that OUYA knows who its real competition is.  Sure they’re trying to upset the status quo in the home console market, but they don’t really need to.  (Speaking personally, I can’t help but feel that market is dying its own quiet death as we speak – but hey, that’s why I write for Gamezebo).  Instead, OUYA’s real competition seems to be from the burgeoning world of Smart TVs.

While apps on TV’s are already a reality, the fact is that most people aren’t rushing out to buy a brand new TV (especially so soon after the HDTV boom).  The solution?  Set top boxes that serve the same function.  Hence Roku.  And WD TV.  And the LG Smart TV Upgrader.

Not only does OUYA have the potential to be a notable first in terms of gaming, if they play their cards right, they could also be the #1 set top box in the Smart TV market.  Nobody at OUYA has said a single word about anything outside of gaming, so what follows is pure speculation on my part – but doesn’t it seem inevitable that services like Netflix and Hulu will make their way to the device?  They’re all on Android already, so really, it’s a matter of adapting them for OUYA – and that’s certainly not a tall order.  Mix in a game subscription service like OnLive, and you’ve got all of the entertainment you could ever want on a little $99 box.  And who doesn’t love the idea of that?