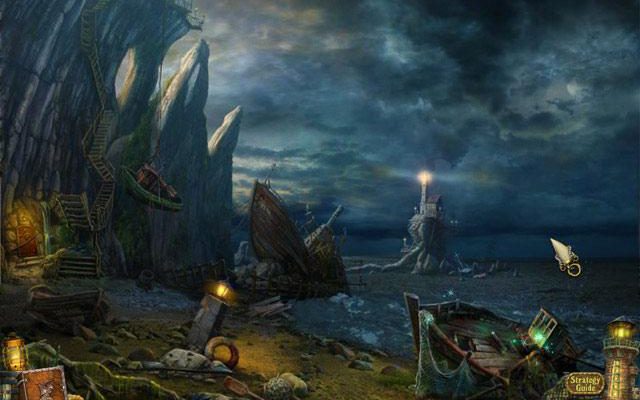 We’ve all wondered it at some point, whether it was the first time you saw a graveyard posing as a junkyard, after finding your hundredth kitchen utensil, or upon discovering a chainsaw in a bedroom: why are Hidden Object games so messy?  Besides the obvious response of, “That’s the whole point,” I think we deserve to know the real reason.  Which is definitely one or all of the following five. 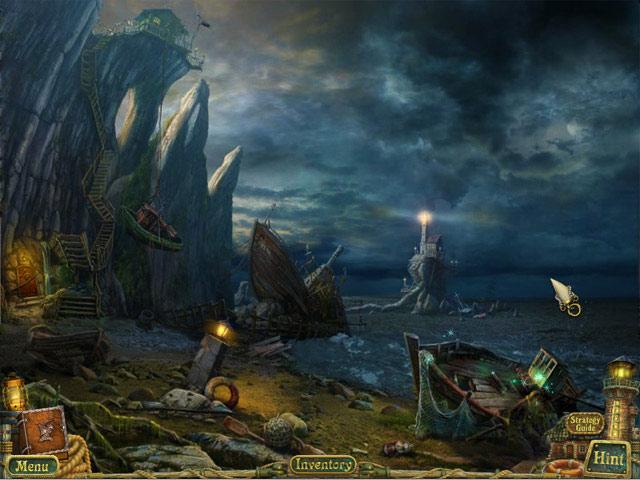 Caption: This is the scene that occurs right before you turn on any Hidden Object game.

I know not every Hidden Object game takes place near an ocean.  But is this actually true?  In retrospect, even omitting obviously aquatic-themed games like Abyss: The Wraiths of Eden, Nightmare on the Pacific, Mystery of the Ancients: Curse of the Black Water—and really, there are a lot of those already—it’s hard to come up with a Hidden Object game that doesn’t have at least one watery scene within it.*

Whether you’re scouring a ship dock, finding fishes in an alcove, or wandering a haunted boardwalk, there’s no shortage of water in this genre.  That also means there’s no shortage of oceanfront and hurricane-blasted property.  While this might reduce the value of homes for the average video game character, Hidden Object protagonists make the most of their state-of-emergency hometowns and scouring through each others’ shattered lives.

*If you can think of one, it’s because that specific game takes place following a tornado. 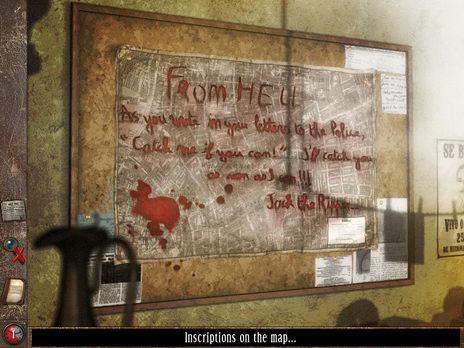 Caption: Scrawled in the blood of the design intern who keeps getting Starbucks orders wrong.

If there’s two things I know, it’s that Hidden Object games love to skew towards the dark, mysterious, and deadly, and notorious serial killers love to give hints to their whereabouts and upcoming crimes.  Put two-and-two together, and we come to this obvious conclusion.  Hidden Object titles are thus the digital equivalent of letters from Jack the Ripper (who we already know loves the Hidden Object limelight).

Of course, in order to slow detectives (i.e., players) down, these modern-day Zodiac killers clutter up their games with unnecessary junk and searches for items that won’t necessarily aid in solving the crime.  Ten pencils?  Six Grecian urns?  Yeah, that totally helps me figure out who shot her.  You win again, murderous game designer.

Almost everyone is familiar with the Katamari series of games at this point, and their purpose of rolling up everything in the world in order to create stars and repopulate the night sky which was blackened by the King of All Cosmos while he was on a hearty bender.  That plot requires no further clarification, besides one question: where does all the stuff for rolling up come from?  The answer: Hidden Object games.

It’s illogical to think there’s just a bunch of random items lying all over the Katamari world* without some reason for their existence.  Hidden Object games give them that reason and more: before you roll up the loose items to create small planets, they can be used to solve murders, save family members, or foil mad clowns.  It’s like a gaming recycling program.

*You know what else the Katamari world has a lot of?  Oceans.  See point #1. 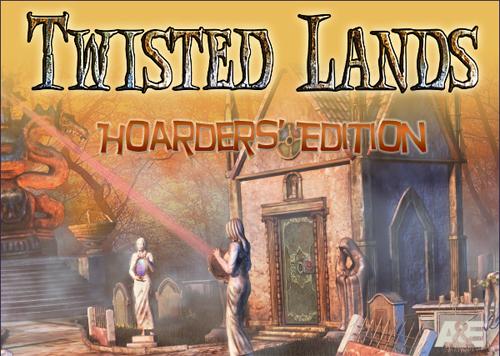 #4 – The Hidden Object genre was created by A&E Television

Caption: The real twist?  The church shed was auctioned off for $5,000 but only contained newspapers.

If you look at the bottom right-hand corner of any Hidden Object game’s splash screen, you’ll see a small A&E logo.  Maybe it’s invisible, or maybe it’s taken on the appearance of the game’s developer’s logo, but it’s there.  A&E’s sponsorship of every Hidden Object game ever is the greatest marketing ploy to date since the navy began using boy bands for recruitment.

With series like Hoarders, Storage Wars, Barter Kings—really, just an abnormally high number of shows focused on collecting junk—as their claim to fame, A&E needed a better method of promotion than commercials featuring piles of garbage.  Enter the Hidden Object game.  What better way to subliminally acclimate a nation of potential viewers to closets, houses, and cities full of disorganized collectibles?  Other series, like American Pickers and Antiques Roadshow, may be more forthcoming with their relationship to the genre, but A&E is the true mastermind behind them all.

Does this one really need any explanation?  You know what I’m talking about.

But, for anyone who didn’t grow up singing “Little Town” basically every day on the way to school: the basic premise behind Beauty and the Beast, besides all the romantic schmoopery, is that an entire castle of people was put under a witch’s spell, turning them into (animate) objects.  The housekeeper became a teapot, the butler a candelabra, the dog a footstool, etc.  Obviously this is also how Hidden Object games came about.

The genre really began to gain steam around 2009, the same year Waldo’s adventures started to decline.  The logical conclusion is that all of the people Waldo loved to surround himself with in photo after photo, and even Waldo himself, were turned into inanimate objects by a mysterious curse.  The good news is that their contribution to games lives on, in the form of beaches bathed in seashells, pantries overflowing with food, and bedrooms infiltrated by creepy dolls.  The bad news is Hidden Object games are so popular, I doubt anyone is searching for a solution to their cursed forms.  Just keep in mind who the objects really are, and click gently.