Home / News / 5 indie games you should know about

5 indie games you should know about 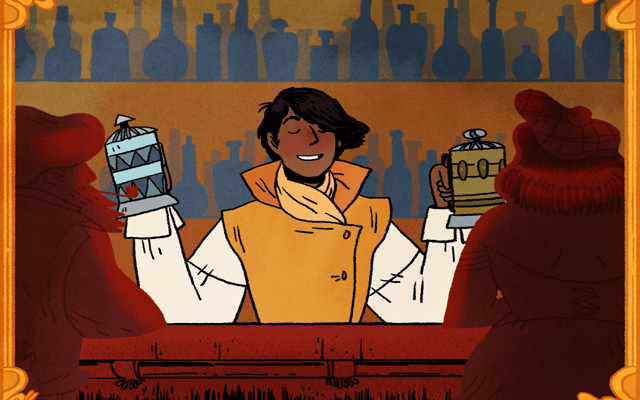 Whether it’s because they’re breaking from tradition, trying new things, or just because it’s always fun to root for the little guy, indie games are cool.  But for every notable independently developed game you’ve heard of, there are hundreds – if not thousands – that you haven’t.

This past weekend we had a chance to check out the work of some of Toronto’s best and brightest indie game designers at a pair of events; the Comics Vs. Games 2 exhibit at the Toronto Comics Art Festival, and the related (but off-site) indie games extravaganza known as Bit Bazaar.

And while there were indie games on display at both events that everyone in the Gamezebo audience has heard about – Spellirium, Starseed Pilgrim, Lovers in a Dangerous Spacetime – there were also plenty of great games that took us by surprise.  Here are five of the best; 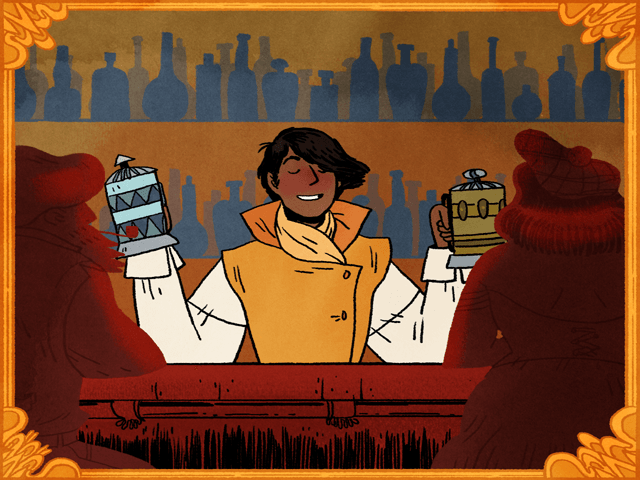 A game about decisions, skills, and impending doom.  The YAWHG is coming in six weeks, and while you never quite know what the YAWHG is, you know that it won’t end well.  Your task it to guide the lives of a few specific villagers in the weeks before the YAWHG’s arrival, trying to get their stats up to the point where they can play a successful role in their community’s survival. This is done through a series of story-based decisions that will affect those stats and determine the characters’ strengths and weaknesses.

Not only is The YAWHG a unique experience in self-directed storytelling, it’s a visual and audio tour de force.  I’ve never finished a game before The YAWHG and immediately asked “is there an art book that goes with this? Is the soundtrack on Bandcamp yet?” If all goes as planned, the game should be available via digital download by the end of the month. 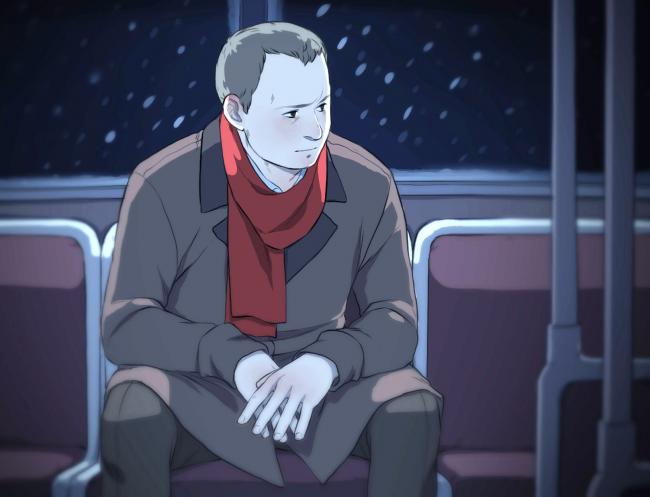 “PLEASE NOTE: Actual Sunlight deals with extremely mature themes, including depression and thoughts of suicide.”  It’s a pretty grim warning to be given the moment you boot up a video game, but it’s one that’s well warranted. I’d be hesitant to call Actual Sunlight interactive fiction – it feels more like playable poetry. I just can’t decide if it’s good poetry or bad.

That’s not to criticize the skills of the writer.  If anything, Actual Sunlight has some of the sharpest writing I’ve come across in a video game. It’s simply a question of the subject matter. Actual Sunlight ruminates on the state of the world in a very “it’s all [email protected]#$%” kind of way. It feels a lot like being a mopey teenager who thinks they’ve figured out how the system is rigged, but can’t do anything about it.

Initially my reaction was one of embarrassment for the protagonist, but by the end of the game you just want to hug the guy and try to make everything better.  Actual Sunlight is a unique opportunity to see how depression can affect your daily interactions and overall view of the world. Grab the game for free from actualsunlight.com. 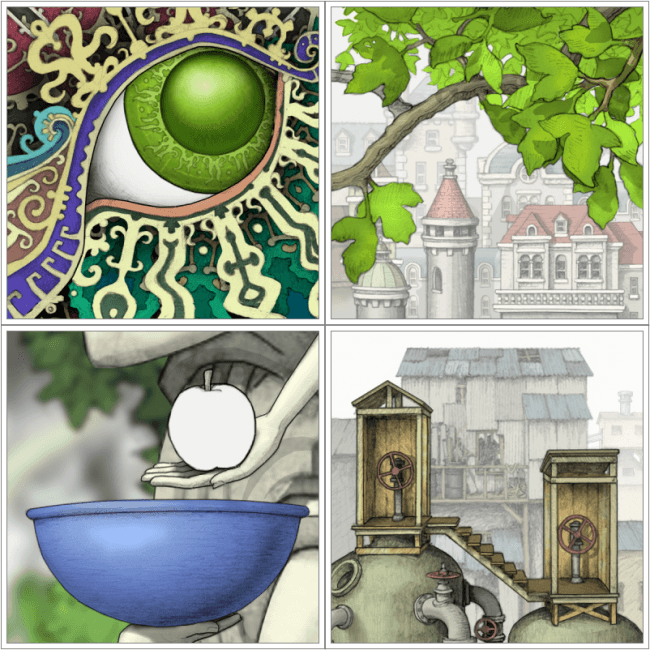 The only game on our list not from a Toronto developer (Jason Roberts is from the US, but we won’t hold it against him), Gorogoa is the kind of puzzle game that will shatter your brain with its challenge, but then piece it back together with its beauty.

If I were to draw a comparison, I suppose the style of brain-tickling in Gorogoa could best be compared to last year’s mobile puzzle hit The Room – but in practice the two games are nothing alike. Gorogoa takes place across four panels; each of these must be explored individually, yet you’ll need to make them work together to progress in the game.  You may need to slide an open doorway from one panel into another to have a boy travel to a new location, or you might assemble the panels to form a picture that allows a raven to knock an apple into a basket.  It’s the sort of experience that needs to be played to be fully appreciated. Lucky for you there’s a demo available at gorogoa.com. Expect the full game to hit PC and Mac in late 2013/early 2014. 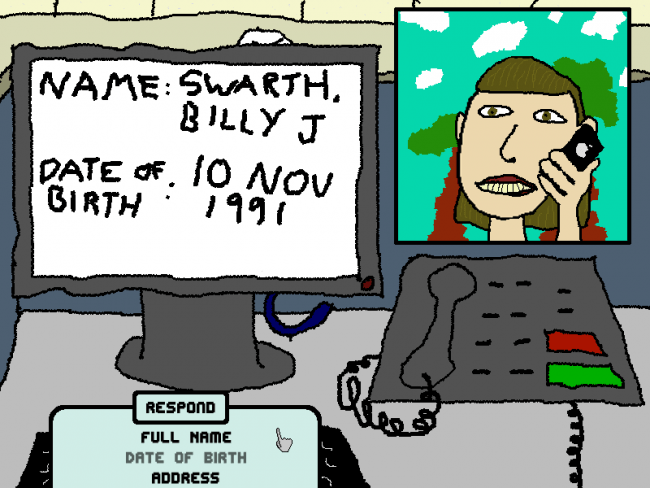 I Get This Call Every Day

Back before my days in games journalism, I spent what felt like a lifetime in the call center industry. It was a period we now refer to as “the dark times.” When I first heard about the trials and tribulations of David S. Gallant, another telephone jockey transitioning to the world of games, and the untimely termination he received from Revenue Canada for making the game I Get This Call Every Day, I probably didn’t give it the attention I should have.  Today, we rectify that fact.

A short piece of audio-first interactive fiction, players will get to experience a taste of the mundanity and frustration that is call center work.  It’s an experience you’ll digest in about 10 minutes, but that’s more than enough time to show you the other side of these phone calls.  You can buy I Get This Call Every Day for just $2 from the game’s official website. 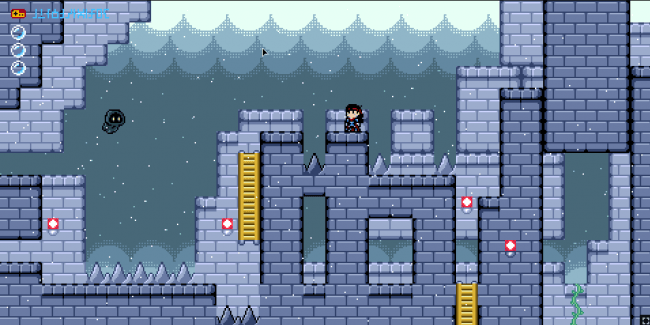 Lovers in a Dangerous Spacetime is getting a lot of attention these days as the next big indie co-op game (and rightfully so), but it’s not alone in its promise of upcoming co-op fun. Tower of the Gorillion is a puzzle platformer with a twist. Two players will need to reach the end of a stage to proceed, but each must take a different path – one in the foreground, one in the background.  Both players can help each other out (enemies, buttons, and blocks are all accessible to both players), creating a game that’s as much about teamwork as it is figuring out how to get from A to B.

The game is a bit tougher than it needs to be in its platforming elements, but what I played isn’t a release candidate, so tweaking is no doubt a possibility. In fact the developers are uploading a new demo to their website in a week or so based on the feedback they received from players at Bit Bazaar. Can’t wait that long? Check out the current demo here (and don’t worry if you’re all alone – you can switch between both players for a single player experience, too).

Pre-order The Night of the Rabbit, get Deponia for free