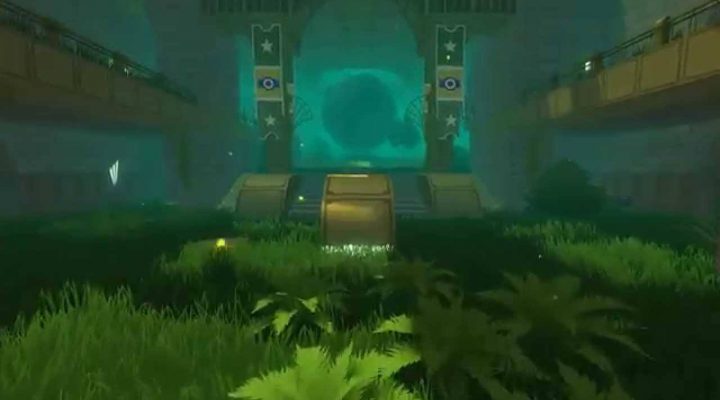 On April 16th, Valve announced that they have selected a new batch of 75 games for Steam distribution through the Steam Greenlight system. As always, the batch included games of all types: from puzzlers and platformers, to a game about shark attacks, and a game about a pixel in an old TV.

This latest group features some stand-out games in terms of visual presentation (as well as gameplay). These are the games sure to catch your eye, even before you see them in motion.

Regular readers will remember this one. We covered MIND: Path to Thalamus earlier in the month when the game was first revealed. In short, MIND is an upcoming first-person puzzler where players must utilize a number of elements (time, weather, etc.) in order to solve the puzzles they come across. Look for MIND: Path to Thalamus later this year on Steam.

Lumo features neat little bite-sized environments. Within these environments players will need to solve the puzzles found while avoiding dangerous traps and magical obstacles. Players control a wizard who has found himself lost in the castle, and now must traverse through the rooms while seeking a way out. Lumo is set to feature over 150 rooms for players to enjoy, and is set to release in early 2015 on Steam.

Featuring hand-drawn art, Aaru’s Awakening is the first game from Lumenox Games. Aaru’s Awakening draws inspiration from 1970’s animated films, as very noticeable in the special effects as well as in the overall design of the game’s levels. Players control Aaru, a fuzzy creature who can teleport and change shapes as needed to progress through the game’s environments. Look for Aaru’s Awakening to be released in the near future. In the meantime, interested players can download the demo from the Lumenox Games website.

Playing “airplanes” as a kid typically involved running around with your arms lifted up, shaping your body into a T, and making airplane noises. Game developer North Of Earth has taken that bit of imagination literally in their upcoming game, Cult of the Wind.

Papercrafting is a thing I will never be good at. I can’t cut in a straight line, I get glue everywhere, and I end up just smashing things on accident with my big tall-person hands. Luckily Popup Dungeon is going to allow me to play with paper things while designing my dungeon hero and his ensuing roguelike adventure.

Much like Cult of the Wind, Popup Dungeon was Greenlight in a short span of time (11 days) and is actually right in the middle of its $80,000 Kickstarter campaign. However, unlike the other games on this list, Popup Dungeon is still a long way away, not expecting to be released until early 2016.

This Week in China: Candy Crushing the Great Wall