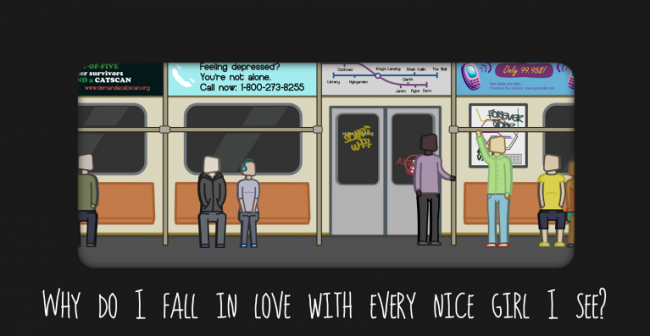 Every April, August, and December, Ludum Dare takes over my developer-filled Twitter feed as the event’s thousands of participants set aside their weekend specifically for game development. Depending on if they are participating in the Competition or the more rules-relaxed Jam, developers have 48 or 72 hours respectively, to assemble their game. The rigorous 48-hour competition restricts game developers to work alone on their games and develop them from scratch. The 72-hour jam allows room for groups and those groups can borrow assets from their previous work.

With the theme “Beneath the Surface” for the 29th Ludum Dare event, developers crammed their collective creativity last weekend to create nearly 2,500 unique games. Some games took the theme literally, making a game about going under the surface of the sea or underground. While others, took the theme more figuratively. Here are some of the highlights.

Some of us were not blessed at birth with the genetics needed to become a social butterfly later on in life. Our cocoon never opens, and we stay recessed behind shyness or possess disdain for small talk. A situation where small talk is necessary sends our minds into a wild spiral of things to say, while a small part of our brain seems dedicated to pointing out everything that could possibly be going wrong.

And the Moment is Gone does a great job of capturing that feeling, that wild mental spiral, through its internal monologue simulator. The entire game revolves around a guy trying to make small-talk with a girl who sat down next to him on the subway. In his mind, she chose to sit next to him because she thought he was attractive, so now he feels he must talk to her. Of course, there are dozens of reasons why she decided to sit there, but to someone as socially awkward as this guy, it’s easy miss the logic behind such things.

The player must help the guy choose what to say. Thought bubbles pop up and the player can left-click to select a thought to say, or right-click to re-word that thought. The negative thoughts appear in black thought bubbles, and mousing over one triggers twice as many to appear elsewhere, so much like in real life, it’s best to just ignore those thoughts completely in order to stay on track. 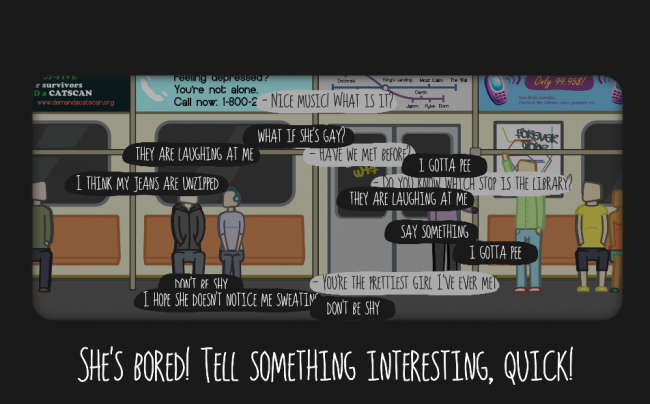 It is really interesting how such basic controls reflect a process that many of us go through on a daily basis. Right-clicking is essentially saying “no, that sounds too dumb, don’t say it like that” and when something is finally said, and ultimately rejected, that painful sting of it not being the “right” thing to say felt like a burn.

My favorite part of And the Moment is Gone is that there doesn’t seem to be a way to win. The game doesn’t create the illusion that uttering the perfect string of phrases will woo another individual. Perhaps, if anything, the game was designed to show cocoon inhabitants that it’s ok to be shy, and forcing conversation is sometimes not the best option. After all, the girl may have chosen to sit next to the guy because she didn’t want to talk to anyone herself, and he looked just as shy as she felt.

Also, “the weather is just as hot as you are,” is never a good opener to a conversation. Ever. 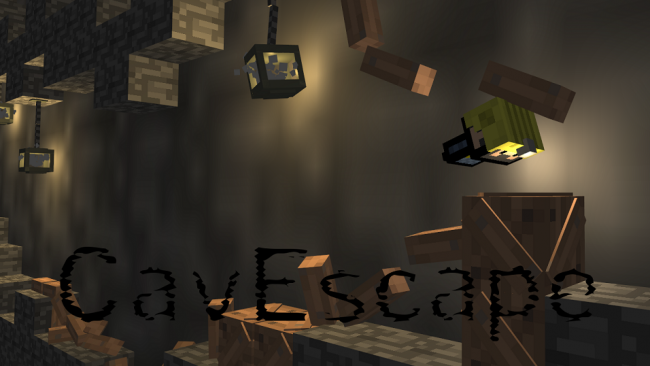 CavEscape is a silly little game where players control a floating miner, as they attempt to navigate him through the depths of a mine. The controls are purposefully slippery, so some loose precision is required to keep the miner from flying out of control and into obstacles. Hit an object at the wrong angle, or at too high of a speed, and the miner’s head pops off like a fruit gusher. 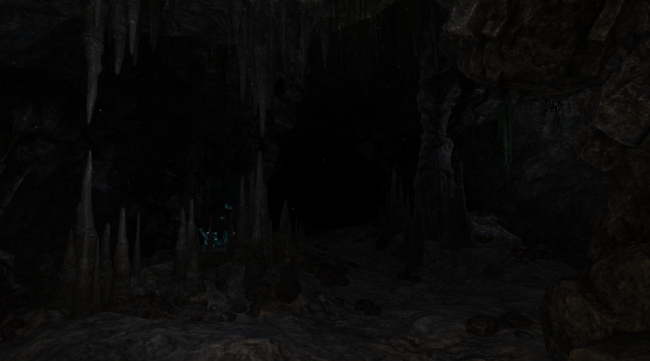 Under is a very straightforward game: you are lost in caverns, attempting to find an escape before the resident monster finds you. Visually, Under is one of the more impressive looking games I found, and that certainly helps amp up the fear factor while the player scrambles through the rocky labyrinth. By the way, there is a monster, it’s not just ambient growls and noises, and he will kill you. 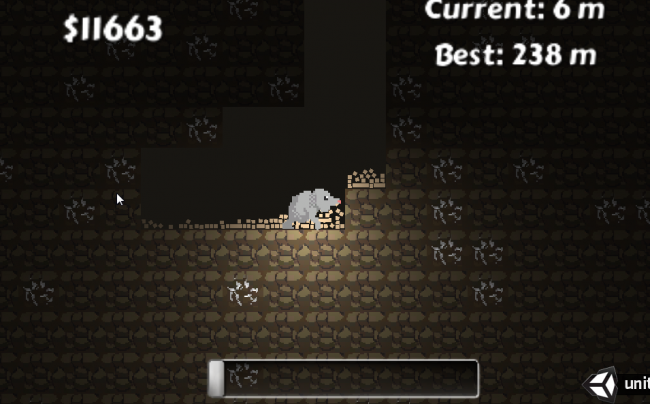 Dig Back Home by Chaoclypse for the 48-hour competition

In Dig Back Home, players control a mole who is desperately attempting to dig his way back down to his beloved. The mole only has a set amount of time during each dig, before the level is reset and he must start over again. As they dig, players will collect scraps of silver, gold, and sapphire which can be used to buy upgrades like better digging claws, extended time limits, and increased silver/gold drop rates. 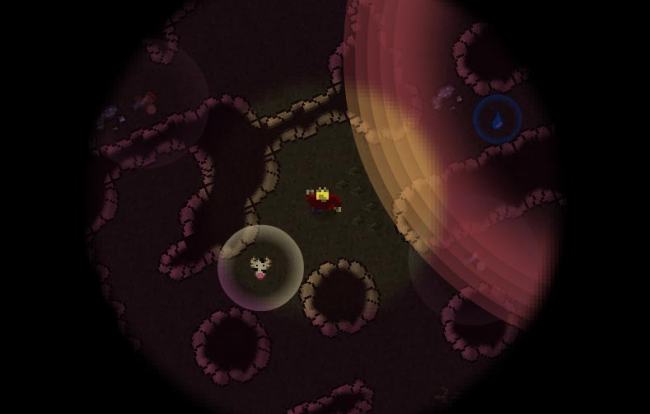 Much like Dig Back Home, Billy Bigdigger has players burrowing through the earth, but for a much different reason. The thieving rats have stolen the mole’s gold, and stashed it in a location somewhere in their town. It’s up to Billy to burrow underground and use an obscure map to estimate his position and dig up to the location of the stashed gold.

The unique thing about Billy Bigdigger is that players must utilize sounds in order to pinpoint their location on the map. If the map says the gold is next to a water fountain that’s across from a cattle pen, players are going to need to listen for trickling water and mooing cows. With some more development, I could see Billy Bigdigger going on to become a great standalone title.

Check out these games, and about 2,490 others on the official Ludum Dare website.