5 games we can’t believe PETA made

If there’s one thing PETA is known for, it’s being over the top in their quest for animal rights. While it’s fantastic to see an organization championing such an important cause, the message tends to get lost in the intensity of how it’s delivered. Case in point, the games they’re currently offering on their site.

With Pokemon Black & Blue currently making headlines all over the net, we thought we’d go ahead and share with you five of the most outrageous games PETA has released. Brace yourselves for some of the weirdest parodies you’ll ever see.

According to Mario Kills Tanooki, the raccoon suit in Super Mario Bros 3 (and other games) teaches kids that it’s okay to wear fur. PETA believes that the suit was skinned from an actual raccoon dog, and not some silly costume made out of fabric. Mind you, it says nothing of the sort in Mario lore, so they’re making a tremendous leap in logic here. Apropos of… something, I suppose.

Let’s be honest: if your child walks away from a Mario game thinking that it’s okay to kill and skin animals, you’re not exactly doing your job as a parent. 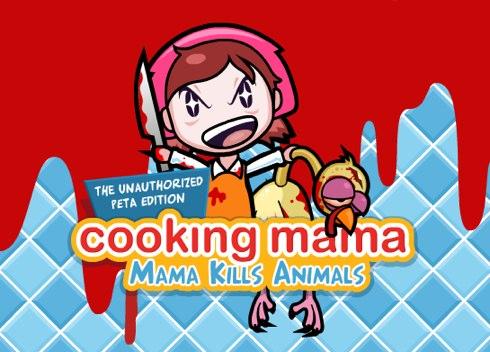 The game begins with Mama from Cooking Mama holding a bloody knife in one hand and a dead turkey in the other. And really, that’s about the least unsettling thing you’ll see. From there you delve into the nitty-gritty of preparing a turkey, doing things like pulling out organs and plucking its feathers. Try as I may, I don’t have a single joke to make here. It’s a horribly ineffective way to get your point across, and serves little purpose outside of scaring away everyone you’re trying to initiate a dialogue with.

Also, Mama is a saint, and anyone who’s played Babysitting Mama knows this. 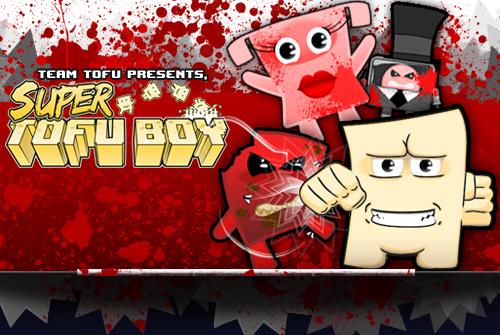 Of every game PETA has released, this is probably the one that got the most attention. Credit for that goes to Tommy Refenes and Edmund McMillen of Team Meat, who went to the trouble of adding the Tofu Boy character into Super Meat Boy the day after PETA put the game out. He was a terrible character, and couldn’t even complete most levels. It was awesome!

A parody of a parody? That could only mean one thing: Parodyception. 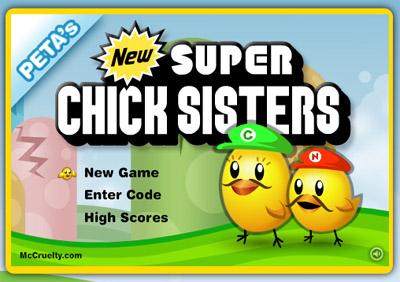 Ronald McDonald has kidnapped Pamela Anderson, and he intends to use her as a toy in his “unhappy meals.” That’s obscenely disturbing, right? It isn’t just me? More to the point, is there anyone out there who would look at that concept and decide to quit eating meat?

Were that not bizarre enough, both Mario and Luigi make appearances throughout the game, as do several items from the Mario series – like question blocks! Long and afar, it’s the worst usage of the brothers since Mario is Missing. 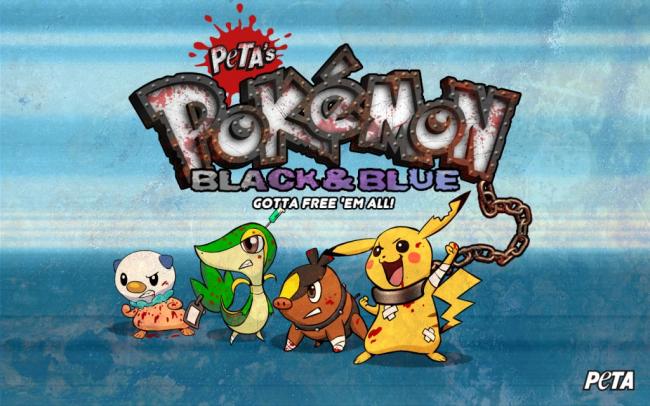 In PETA’s opinion, the Pokemon series teaches kids that animal abuse is an acceptable thing. I sincerely doubt there’s any sort of study to back this accusation, but that didn’t stop them from making a game about it. Pokemon Black and Blue is all about rescuing Pikachu and co. from their “cruel oppressors,” and you do this by beating Pokemon trainers up.

I’d point out the irony here, but I’m pretty sure you can already see it.