By Gamezebo Staff | 12 years ago 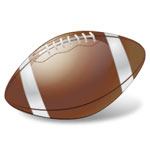 It’s the Superbowl this weekend, which means you are either going to be glued to the TV this Sunday watching the pigskin fly or bored out of your mind searching for other diversions. The good news? While the football fans in the house are hogging the TV, you’ll have the computer all to yourself!

Whether you are a football fan or don’t what the hoopla is about, sit back, grab some nachos, and enjoy these 5 football games recently covered on Gamezebo, no matter what game platform or device you play on!

The beas… the beas!!! There are not many football themed download games out there (what can we say, how many footballs can one hide in a room laden with objects, and what’s the mystery?) But as reported this week, Gold Sun Games has been overtaken by football fever and are going to launch their upcoming time management game, Busy Bea’s Halftime Hustle, this Sunday during the Superbowl. Follow Busy Bea’s Halftime Hustle on Gamezebo to be notified when it is launched!

Launched with much fanfare by EA at the start of the NFL season, Madden NFL Superstars is actually more a football-themed fantasy role-playing game than an actual Madden console football game. Not that this is necessarily a bad thing. Unlike traditional Madden games, you don’t need to have infinite knowledge of a football coach’s playbook to win, and there is enough statistics in the game to feel like there is some football skill involved.

Gameday Tycoon takes an entirely different approach than Madden, designed more around fantasy sports. Sports fans predict the outcome of football games and results are compared with their friends. Wisely, the developers also allow you to predict the outcomes of other sports, such as basketball, baseball, and hockey. So although football season is over after this weekend, the game lives on for fantasy sports fans.

A big part of what makes this App Store football sim so good is the introduction of “GameFlow,” a sharp new artificial intelligence (AI) that chooses plays for you. You don’t have to turn it on, but if you’re only a casual football fan and don’t want to feel overwhelmed by all the strategy that goes into picking plays, this takes that frustration and confusion out of the experience.

Experience the roar of the crowd and relive the climax of countless Hollywood football movies by flicking your finger to score field goal after glorious game-saving field goal! What’s more, the game is free during the Super Bowl weekend courtesy of OpenFeint’s Free Game of the Day. As we reported earlier today, gamers who download the app this weekend also have a chance to win the winning team’s jersey, autographed by the winning team’s quarterback.