5 Amazing Android Games You Can Only Get on PlayStation Mobile 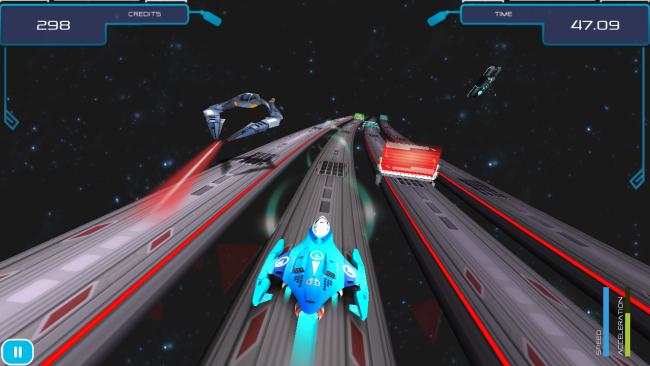 PlayStation Mobile is a peculiar beast. It was announced all the way back in 2011 as PlayStation Suite, and toiled in no-man’s land for another year and a half until Sony dusted it off at last summer’s E3. In the months that followed, the console giant eked out more details, hyping the service up as a grand partnership between themselves and Android, which would bring a whole new breed of awesome, casual experiences to fans of both brands. Since the service’s formal launch in October, however, things have been, shall we say, somewhat less than awesome.

As Editor-in-Chief Jim Squires pointed out to Sony themselves at Casual Connect in Kiev this year, the “Sony games on Android!” concept is being vastly undercut by the fact that PlayStation Mobile titles will only run on the Vita, and a limited sampling of HTC and Xperia devices. Instead of playing nice with Google Play, Sony has created yet another app store that must be downloaded from a separate link, before you can even begin browsing for games. Yet with all of that said, that hasn’t stopped a crop of plucky developers from wading through the murky waters of this new ecosystem to deliver some pretty stellar pint-sized experiences.

Brave soul that I am, I put on my hard hat and spelunked into the depths of Sony’s wild west to separate the wheat from the chaff (okay, so I turned on my Vita, but I had to dust it off first and that was hard). If you’re willing to be just as brave, here are five amazing Android games you can only snag on your “PlayStation Mobile Certified Handheld Device.”

You think your traffic jams are bad

Technically, I’m cheating a little bit putting this on the list, since its spiritual predecessor Switch can be found on Google Play. But technically, you shouldn’t eat an entire box of Oreos in one sitting, and I’ve done that too…so, think about that. Or, if you don’t want to ponder that feat, play this great little twitch title instead. Part WipEout, part Flick Pig, developer Atomicom’s update to the original has you blasting across the galactic super-highway collecting “Tantalum” – an element only attainable at high speed. The result is whole lot of arcadey goodness, with reflex-testing obstacles like barriers, speed boosts, enemy ships, and patrolling lazers mounting to make for some wonderfully diverse play in small doses. Don’t let its slow tutorial fool you either: Switch Galaxy delivers a thrilling sense of speed for an equally thrilling price tag.

The ghostess with mostest

The highest compliment I can pay Haunt the House is that at its best, it reminds me of Disney’s Haunted Mansion (the ride, not the horrible movie). Using a spooky motif to delight rather than scare, the game tasks players with reuniting a family of ghouls by visiting four stylish locations and terrifying the twenty inhabitants in each. From among them, two or three in each locale have, let’s just say, fatal frights, and travel to the afterlife to join their loved ones! The core mechanic revolves around possessing objects to make them move and perform supernatural feats, and there’s a wonderful puzzle loop that emerges as each venue’s terror level increases, unlocking new possession abilities. And nothing horror-filled would be complete without a twist ending: each level’s grade is revealed after you beat the game, and you discover a morbid truth that encourages you to replay the entire thing again…if you dare!

I can haz rocket-shooting submarine?

As the unofficial mascot of the internet, cats have been pretty much everywhere. Take my advice, though: don’t let that over-saturation deter you from commanding this fighting underwater feline. Influenced by 80s arcade games like R-Type, developer Tikipod delivers a frantic, adorable shooter that would be at home on any quarter-eating cabinet. Defending your kitty compatriots as they mine the ocean for milk (because where else would it be?), you dart around in a submarine blasting away waves of enemies, including the all-important extractor robot. Each wave delivers that satisfying mix of wanton destruction and fight-for-your-life strafing that will have you wishing there were at least twice as many levels in this little gem. Pixelated perfection.

So Tetris walks into a rave…

This is a warning: don’t download Surge if you don’t have at least half an hour to kill. We’re talking bare minimum here. Futurlab’s vibrant, neon-drenched color-matcher is compelling right from the first swipe, as you connect identical blocks to clear them from the screen. Row by row, it’s your job to eat away at the glowing squares to free up the vents on either side of the screen before the pressure mounts. Far from constrain you with rules (blech!), Surge doesn’t care how you draw the line as long as blocks are disappearing. Combine this free-hand approach with a slate of deeply satisfying power-ups (like the one that briefly turns the whole screen one hue for a frenzied clear-fest), and it’s no wonder Sony themselves is funding this studio’s PS Vita output.

In Russia, game beats you!

Bringing a whole new meaning to the idea of a trip down memory lane, Life of Pixel has you playing inside of the systems of your past. Well…depending on how old you are, perhaps not your past. Starting from 2X81 and leading up to the NES, you guide a small green pixel struck with wanderlust through nostalgia incarnate. Each eight-level world isn’t just inspired by the console it’s named after, it genuinely feels like it could have been a game on it. Tough as nails platforming and gem collecting link the experience cohesively, but this one’s worth the price of admission alone for meticulous visuals and a killer soundtrack.

With World Wide Maze, every website is a game